UPDATE: Another movie ‘Satyadeep’ was also released on this Friday. As there was no promotion of the movie, I didn’t know about it at the time of writing of this post. I have updated the details of the movie at the end of this post on ‘Satyadeep’ heading. The original post continues.

This week, on Friday September 30, new Nepali movie ‘Safar’ is releasing in theatre. It has been some weeks, ‘Chhaka Panja’ is keeping its holdover and the movies released last week weren’t able to attract viewers in their shows. The business of ‘Safar’ is also expected to be affected by the success of ‘Chhaka Panja’. 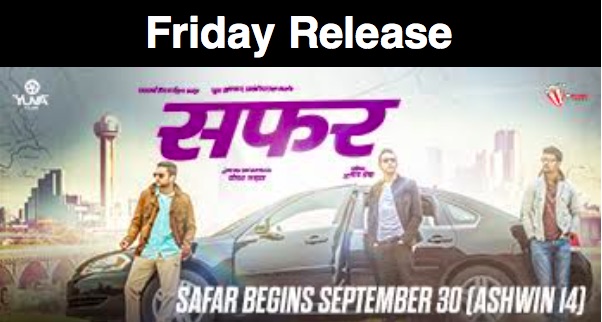 Safar, a movie about three best friends, is directed and edited by Ashish Shrestha. The movie featuring Manan Sapkota, Sanjay Gupta, Shibir Pokharel, and Nurja Shrestha in lead roles is made under Yuva Films banner. The story of the movie is written and produced by Keshav Khadka. The cinematographer of the movie is Jacob Berardi, music by Satya-Swaroop, Dharmendra Sewan, and Ujjawal Meghi Gurung. The background score is prepared by Shailesh Shrestha, lyrics are written by Uttam Bhaukajee, Arjun Subedi and Ujjwal Meghi Gurung.

The movie shot in USA is about three friends who go on travel together. The movie starts at Dallas and 95 percent of the movie is shot in the USA. Based on the trailer, it seems like the movie is made on a similar story like a Hindi movie, ‘Zindagi Na Milegi Dobara’.﻿
Watch the trailer of ‘Safar’
Listen to the songs of the movie in ‘Safar’ audio jukebox:
(Both the videos were removed by the uploader)

The movie is a presentation of SBR Films by Binay Ram Shrestha. The story of the movie is written by the director, Puskar Ghimire. 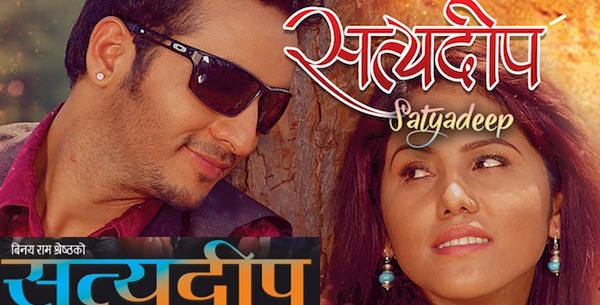