Two new Nepali movies are releasing on the Friday, January 2, 2015 – ‘Zindagi Rocks’ and ‘My Promise’. Both movies are targeted to the new generation youths.

A movie made on the story of a group of youths in a holiday trip and their adventure is ‘Zindagi Rocks’. The movie directed by Nikesh Khadka is a love story movie dealing with friendship, relationships with comedy. The movie features Somraj Tuladhar, Akesha Bista and SonamPakhrin in lead roles.

A well known music video director Nikesh Khadka is debuting as film director in ‘Zindagi Rocks’. The movie features the music of Sugam Pokharel, editing of Nishan Ghimire, and cinematography of Hari Humagai. 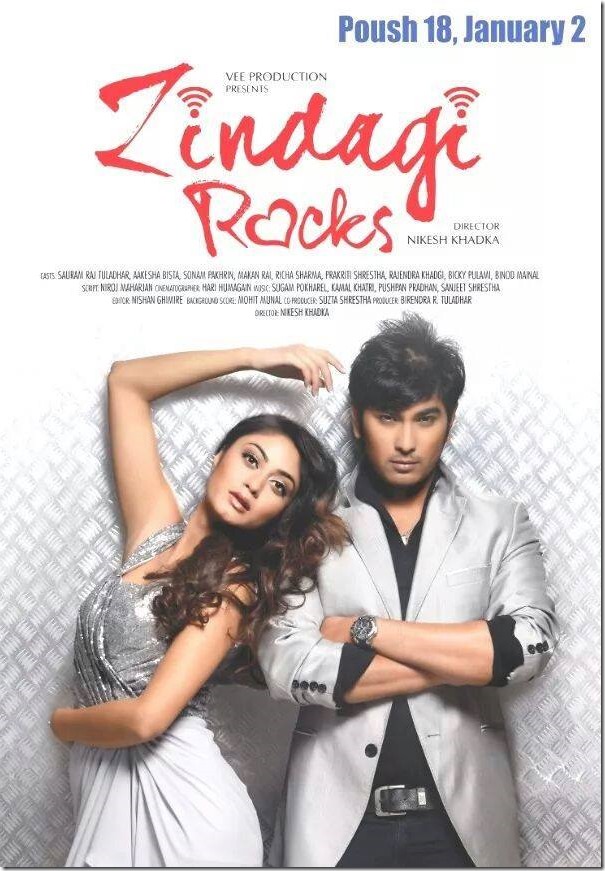 The movie by director Suraj Subba ‘Nalbo’ features Keki Adhikari, Wilson Bikram Rai, Martin Khan, Aakashbabu Khawas. The movie features the story of a girl who is taken to Singapore for better life. Most of the scenes of the film in shot in Singapore and it tells the story of the female character in the country. The movie produced by Rameshraj Rai also features him in a role .

The movie by TNRG Production banner is made on the story of Tanka Limbu, featuring the editing of Banish Shah, cinematography of Sanjay Lama, action of Roshan Shrestha, music of Mahesh Khadka and choreography of Gobind Rai.

2 thoughts on “Friday Release – Zindagi Rocks and My Promise”