The record breaking South Indian film ‘Bahubali 2’ is running housefull in the second week of its release in Nepal. The craze of the movie has also impressed the ex-royal family in Nepal. According to reports, the royal family members visited CTC Mall, Sundhara to watch the movie on May 5, 2017. 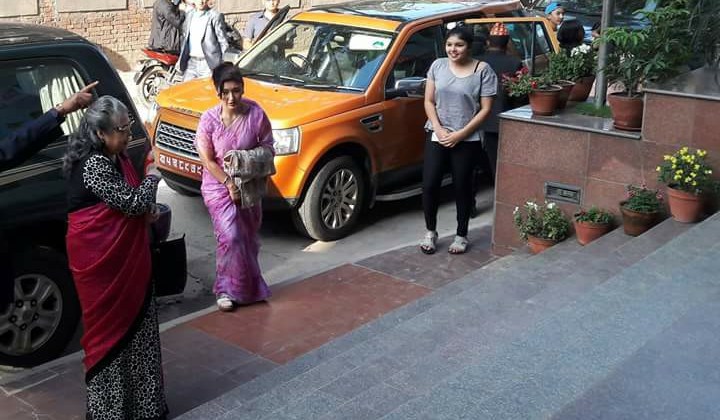 According to the manager of the fill hall, Bikesh Basnet, the ex-royal family had bought 17 tickets to watch the movie. Ex-queen Komal Shah, ex-princess Himani Shah, and her children had watched the movie.

The movie ‘Babhubali 2’ is the sequel of the 2015 release movie ‘Baahubali: The Beginning’. The sequel is going stronger than the original movie and is set to break the records set by the first movie. The fantasy film is co-written and directed by S. S. Rajamouli. The movie was shot simultaneously in Telugu and Tamil languages. The US$28 million budget film grossed US$100 million worldwide. The movie become the highest grossing Indian film within India, the third highest grossing Indian film globally, the first and only South Indian film to gross over US$100 million worldwide, the first non-Hindi film to gross over US$16 million, in the dubbed Hindi version, and the highest grossing Telugu film of all time until Baahubali 2 crossed it.

In it’s second week of release, ‘Bahubali 2’ has already broke some of the records (released worldwide on April 28, 2017). Like the previous movie, this movie was also simultaneously made in Telugu and Tamil languages. The film stars major actors of Tollywood – Prabhas, Rana Daggubati and Anushka Shetty in lead roles.