In the time when former prince Paras Shah is trying to mingle with the public and offering interviews to the journalists, his wife has started attending public program. At these programs, all the beautiful former princess does is offer the beautiful smile. 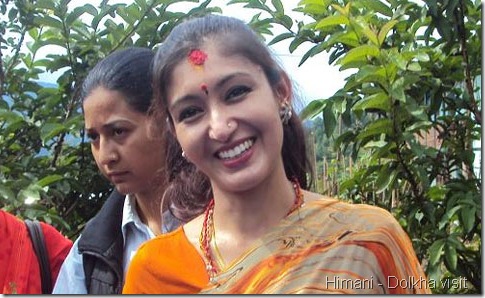 In the photo above, Himani Shah (Right) is smiling to the local people. Her bodyguard Puja Karki can be seen in the background.

After the Teej celebration and crowning of “Teej Pari” Himani’s Dolkha visit met with a protest. Going against the central leadership directives UCPN (Maoist) cadres obstructed the former crown princess Himani Shah from attending the function in Dolakha, on August 31.

The local level leaders accused the monarchy in playing politics to win sympathy in the name of financing development projects. Himani’s program to hand over equipment related for a drinking water supply project in the district was cancelled due to the protest. 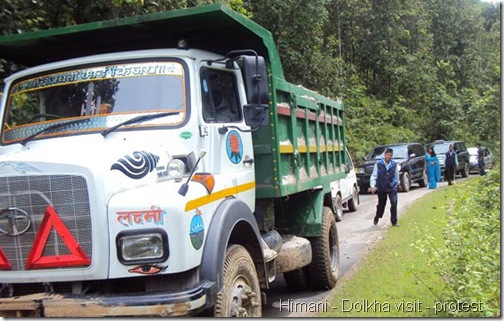 The local cadres had placed a vehicle across the road in a jungle where Himani had to wait for 20 minutes on the road. They had to remove the vehicle when Prachanda directed them to do so. 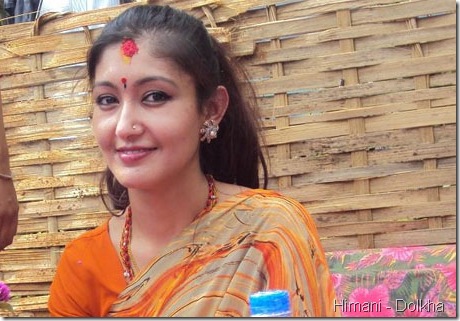 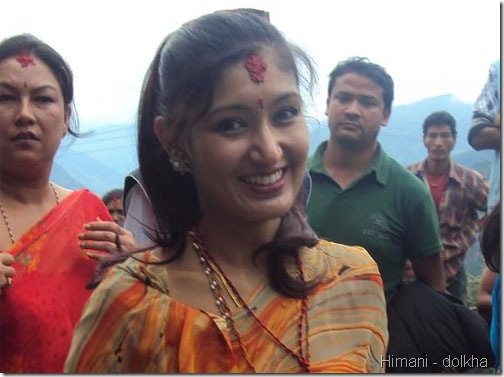 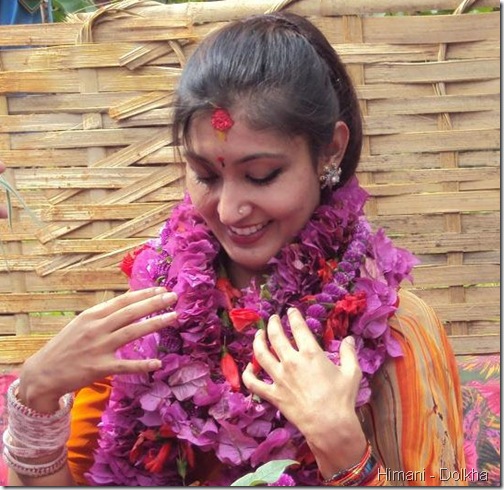 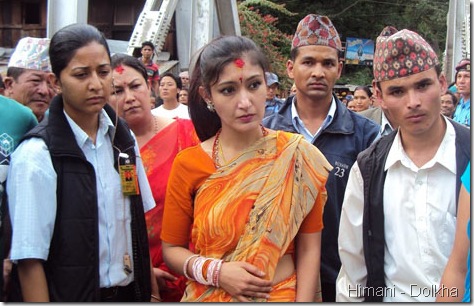 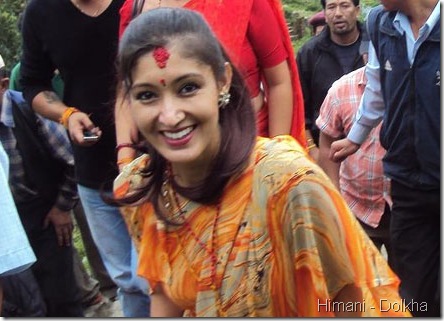