Nepali movie ‘Jhola’ is a movie made on a popular book by the same name by literary figure, Krishna Dharabasi. The plot set on the Nepali society of the time about a century ago. The movie directed by Yadav Kumar Bhattarai features Garima Pant, Desh Bhakta Khanal, Deepak Chhetri, Laxmi Giri, Pralhad Khatiwada etc. in main roles. The movie made on the banner of Media for Culture Pvt. Ltd. was made after an extensive research on the topic for about 7 years. Based on the novel, late Deepak Alok had written the script of the movie – keeping the core of the book intact. The movie can be categorized as a historical art movie. 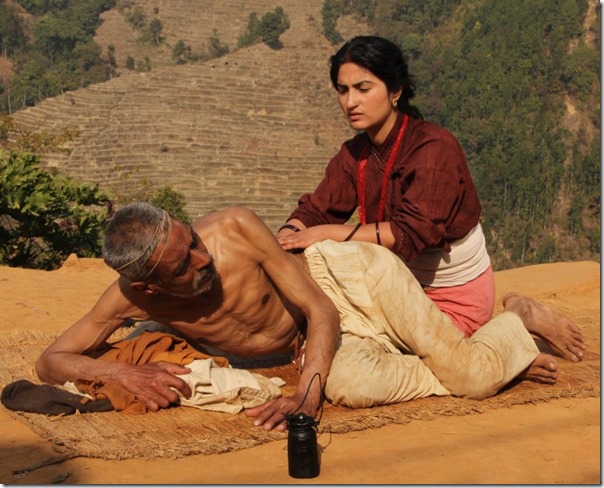 The movie presents the height of violence against women in ancient Nepal – Sati tradition. In ‘Jhola’ an young woman (Garima Pant) is married to a man 40 years senior to her. When her husband dies, Garima is burned alive with the dead body of her husband. She escaped the fire and hides in a cave. You can watch the movie to know what happens to Garima and how her underage son helps her.

The story was written by Dharabasi based on a story he found written in leaf booklet in a bag (Jhola) left at his home by an elderly man who had come from Manipur, India. Hence the name ‘Jhola’. The event shown in the movie happened in a remote village of Bhojpur district. The shooting however was done in Dhading after reviewing various other locations in Sindhuli, Bhojpur, Ilam, Therathum, Panchthar, Sindhupalanchowk, Rolpa, Taplejung, Khaptad, Doti, Achham, Bajhang, and Bajura. 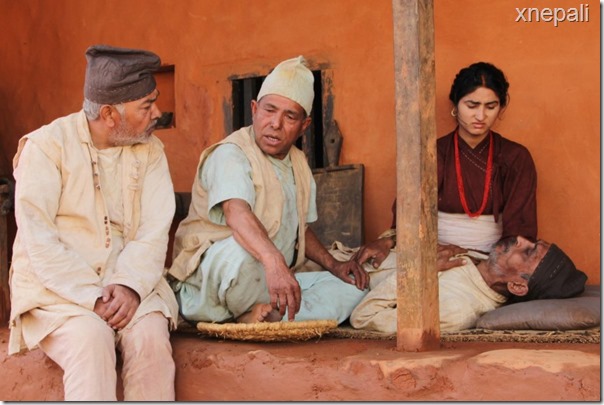 Although there are place for improving, the scenes in the movie seem realistic and historical. The movie depicts the environment of East Nepal at the time 100 years ago. The movie uses long shot to present realistic views of the time. The movie features traditional tools like dhiki, janto, madani, ranko, diyalo and so on.

The young people could get a glimpse of our past and the old people can feel the time they have went through in their childhood. So, both young and the old can enjoy the movie. In addition to Sati tradition, the movie also touches slavery (Kamara Kamari) tradition. 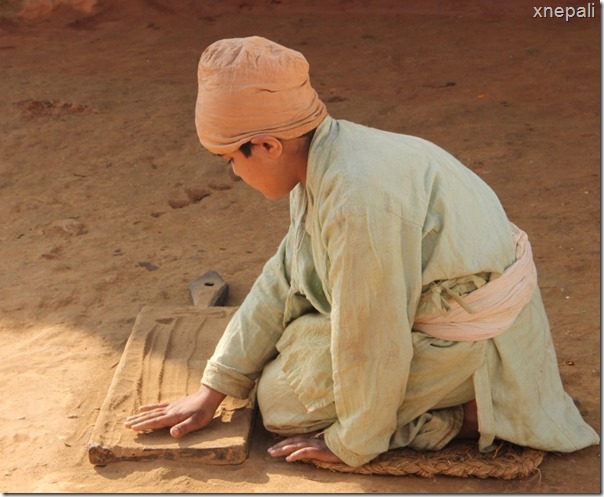 The cinematography is one of the best aspect of the movie. The director has also taken care to present the ancient environment. Most of the lighting during the shooting were also made by traditional lights like ranko, diyalo and fire place light. The dress used by the characters were also sewn by hand.Â  Background music was also composed of leaf music and traditional tunes.

Garima Pant and the child artist have done a very realistic acting. Other actors have also justified their character. In a report, Garima got sick after the shooting of the scene in which she runs away by swimming in the river. Garima told that throughout the shooting she didn’t take a bath or applied makeup. 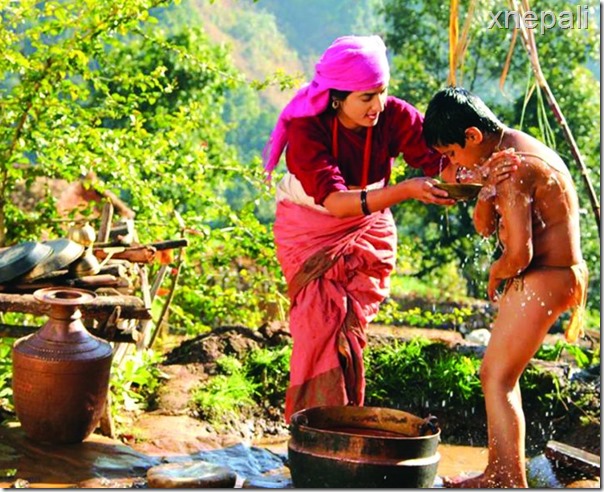 The director Yadav Bhattarai is a well known name in directing Nepali music videos. After directing about 900 music video Yadav decided to make the movie on the story he read some 11 years ago. He read the book in BS 2059 and got the permission to make movie on it in BS 2063 from Dharabasi. The script writer Deepak Alok had died four years prior to the release of the movie.

‘Jhola’ is a historical movie to get a glimpse of the time of our fore fathers. The movie is a mirror of violence against women in ancient time. Apart from the entertainment, the movie offers insights into history, culture and tradition. ‘Jhola’ has it’s share of shortcomings but, it is a good historical movie.

If you like fight, singing and dance, and fun in movies – this might not be the one you would love to watch.

Recommendation â€“ a must watch movie.

You might also want to visit ‘Jhola’ movie profile in NetofNepal.