Right after the release of the photo of actress Priyanka Karki during the celebration of the success of ‘Nai Nabhannu La 2’, Priyanka accused journalists of manipulating the photo.

The wardrobe malfunction photo shows the peak of undergarment of the actress under her skirt. In the facebook post Priyanka claimed to have worn a different colored undergarment and accused the photographer of creating the fake image. 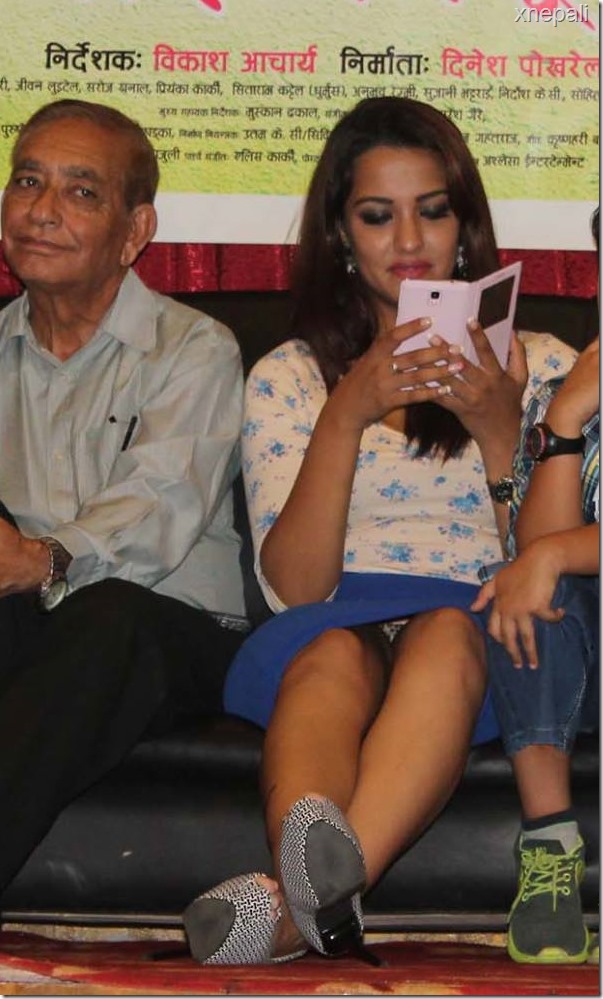 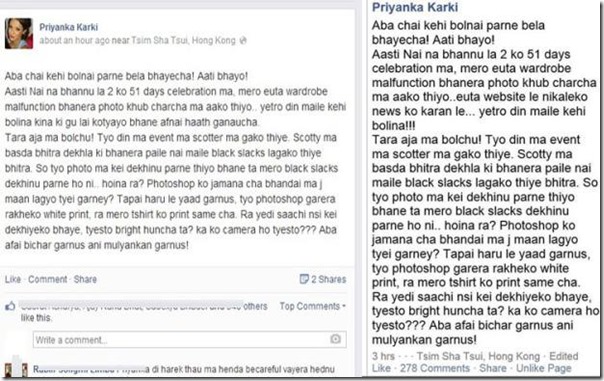 Watch the following image to decide on if it is photoshoped: 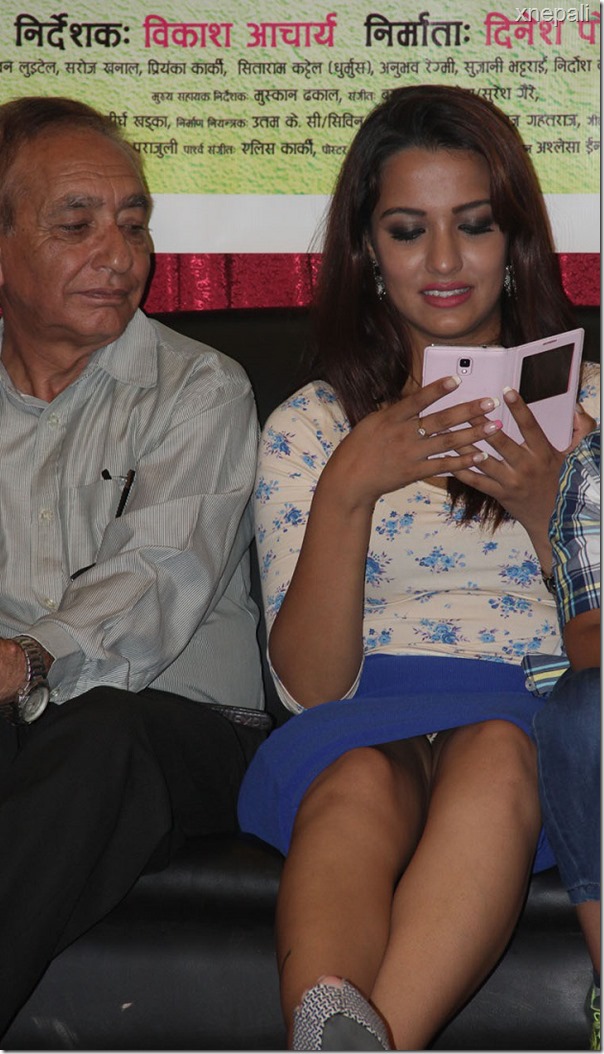