On the Fulpati day of Dashain two movies of Rekha Thapa are releasing. Such a release of ‘Kali’ and ‘Damini’ at the same time can divide the viewers causing loss of revenue to both of them.

It seems, Chhabi couldn’t take it anymore when ‘Damini’ replaced ‘Kali‘ in Bishowjyoti theater. Chhabi wrote a letter to the Film Development Board to intervene the issue and let the Nepali movie get a preferred treatment. 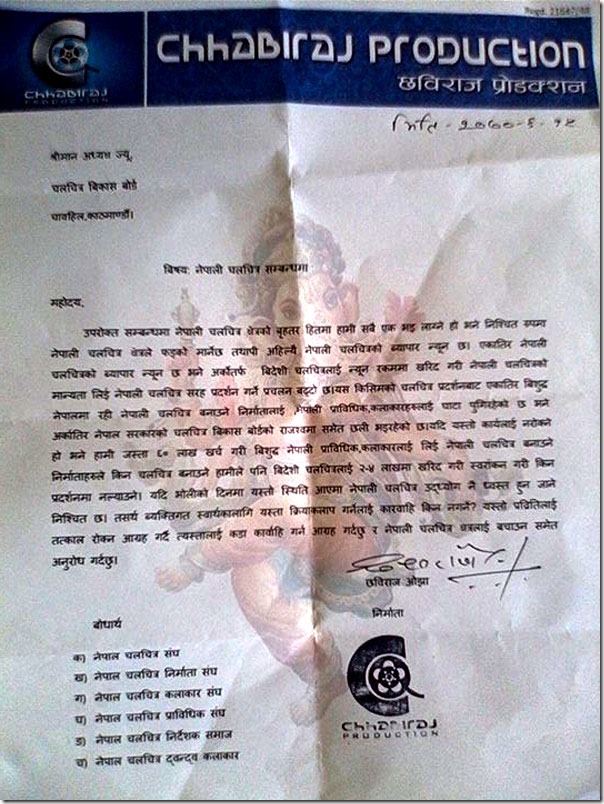 Manoj Rathi says that the movie was also shot in Nepali language along with Bhojpuri language, so it is not a foreign movie. In addition, the actors and crew members in the movie are Nepali so, he says, the issue of the movie being a foreign movie is baseless.