Another actress has announced a movie, Keki Adhikari. In a program held in Kathmanu on October 23, 2017 actress Keki Adhikari formally announced a new movie titled ‘Kohalpur Express’. The actress who debuted in Nepali film industry in ‘Swor’, was better known as a music video model before that. The movie is being directed by a music video director, Bishal Bhandari. The movie is made under Keki’s home production house Junkiri Arts. 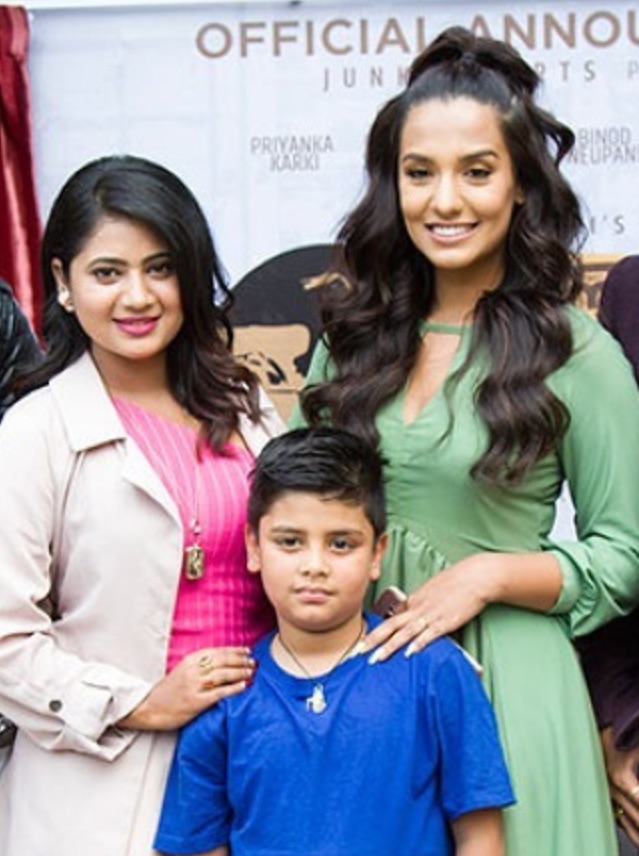 The movie going to the floor on Kartik 13 will feature Keki in the leading role. In addition to Keki the movie will also feature Priyanka Karki, Richa Sharma, Binod Neupane, Buddhi Tamang, Rabindra Jha and other actors. The movie features the music of Rajanraj Siwakoti, Arjun Pokharel and Kali Prasad Baskota. The whole movie is being shot in Banke district.

While talking about the movie Keki told, “I have always wanted to produce a movie since I understood movie industry. A dream is fulfilled by ‘Kohalpur Express’.” In addition to Keki Adhikari the producers of the movie are Bhadra Bahadur Shahi, Devilal Neupane Pandit and Shiva Prasad Chaulagi. The movie is being made on the story of Shan Basnayt, cinematography of Arjun Tiwari, editing of Lokesh Bajracharya, and choreography of Gambhir Bista. The movie is about three young girls played by Keki, Priyanka and Richa. Richa wasn’t present in the event because of her health.

Almost all the successful actresses in the Nepali film industry try their luck by producing movies. But, only a few had been successful. When talking about successful producers who are also actresses of the Nepali movies – only a couple of names comes in my mind – Rekha Thapa and Deepa Shree Niraula. Another actress, Jharana Thapa, can also be named one but, her husband is the real producer of her movies. Rekha has been a producer of some of her recent movies although she started under her ex-husband, Chhabi Raj Ojha. Although her success rate has declined in recent years, she is the only successful actress/producer of the Nepali film industry.

The producer actress of Deepak Raj Giri team, Deepa Shree Niraula, is a successful producer who is also a successful actress and film director. Deepa however can be termed more of an investor than a producer.