In a program held at CTC Mall on January 20, 2016, the trailer of upcoming movie, ‘Ko Afno’ was released and the the release date was announced. The movie produced and directed by Anil Thapa is releasing on the the date  Karishma Manandhar‘s production comeback movie ‘Fagu’ is being released.

In ‘Ko Afno’ the lead actress Richa Sharma is featured in unconventional non-glamorous appearance. In the launch program, Richa told that the movie is a combination of artistic and commercial contents.

With Richa, the movie also features Subash Thapa, Sushanka Mainali, Menuka Pradhan, Rajan Khatiwoda, Shanti Giri and Sulakshyan Bhattarai in main roles. The movie was premiered in the USA and had received positive response from the viewers. 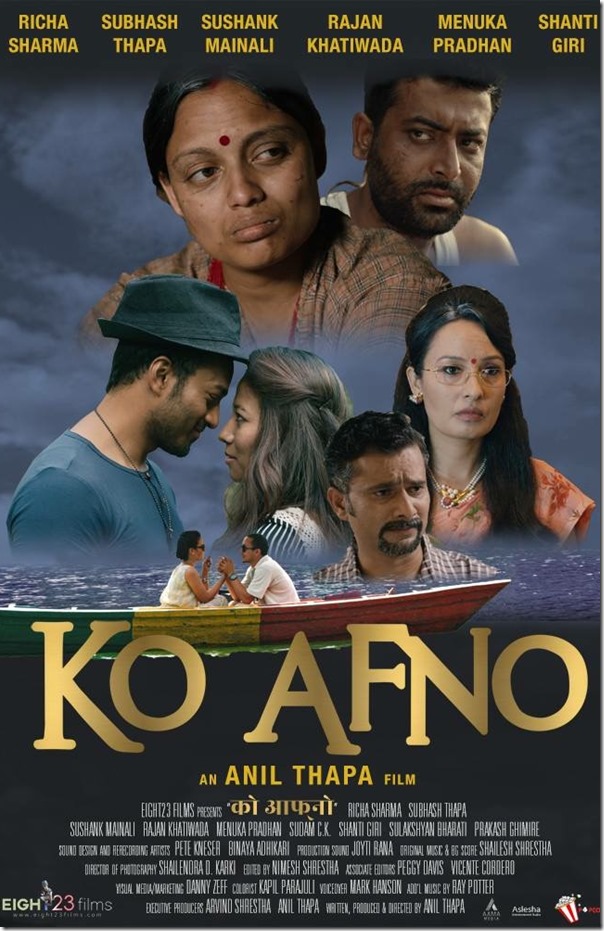 (Refer our Movie Release calendar for the full list of the movies released and to release in 2072.) Among the three movies released on Falgun 7, the targeted audience seem to be quite different although there might be some overlap. ‘Ko Afno’ seems to be targeted to the people who like rural story. ‘Fagu’ seems to be a female oriented masala movie .

Correction – Dreams is releasing on Falgun 21 (not on Falgun 7. Sorry for the mistake)