Nepali film industry is to get a new actress, a very beautiful one – Miss Nepal 2012, Shristi Shrestha. The model who managed to be one of the top 20 in Miss World 2012, top 8 in Miss Beach Beauty, top 10 in Multimedia and top 10 in dancing skills in the Miss World competition, might bring in something new in the Nepali film industry. 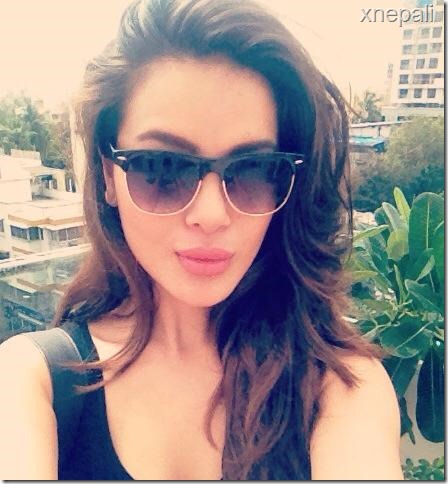 When we talk about the history of Miss Nepal as actresses, none have actually been successful. The last Miss Nepal actress, Malina Joshi is struggling after the failure of her debut movie. Another miss Nepal, Malvika Subba wasn’t successful either. Although Jharana Bajracharya is the most successful actress among the ex-Miss Nepals, she hasn’t been able to leave any marks in the industry. With this history, Shristi’s journey to success as an actress is not going to be easy. Actress Rekha Thapa was one of the contestants of Miss Nepal 1990, but she didn’t win any titles.

Shristi’s debut movie ‘Jaar’ is going to be made on the a well known play by the same name by Indra Bahadur Rai. The movie is being director Nigam Shrestha, the ‘Chadke’ director. Although no other actors are being selected, there is a high chance of actor Saugat Malla in leading role.

In preparation, Shristi is going through acting training with Sunil Pokharel. The training is tailored for the role Shristi will be playing in the movie.

The last time, the play ‘Jaar’ was played was in Mandala Theater earlier this year (photo below). 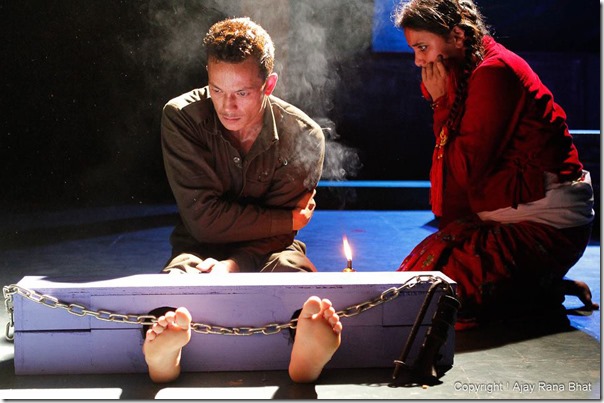 The Jaar tradition states that if somebody steals one’s wife, the person can cut off the head of the person to steals his wife. The tradition was discontinued after King Tribhuwan banned killing anybody legally.