The movie directed by journalist and actor Dinesh DC featured Rajesh and Karishma together after a long gap. Although the movie was highly anticipated, the viewers were not impressed by the movie. We posted a pre-release review of ‘Mayas’s Bar’. The movie was awarded various awards like D Cine Award and National Film Award.  The film makers had thanked the artists Mohan Niraula, Dhiren Shakya, Raj Bhai Suwal, NB Maharjan, RP Bhattarai and Raju Thapa for their help in the film. The movie is a presentation fo Shree Ram Balaji Films. The child artist featured in the film, Rirendra Shrestha, is the world record holder for being the youngest photographer in Guinness Book of World Records. The director Dinesh DC has written the story , screenplay and dialogue of the movie.  Music by Suresh Adhikari, cinematography by Purushottam Pradhan, editing by Banish Shah / Arjun GC, choreography by Ghambir Bista and action by NB Maharjan. 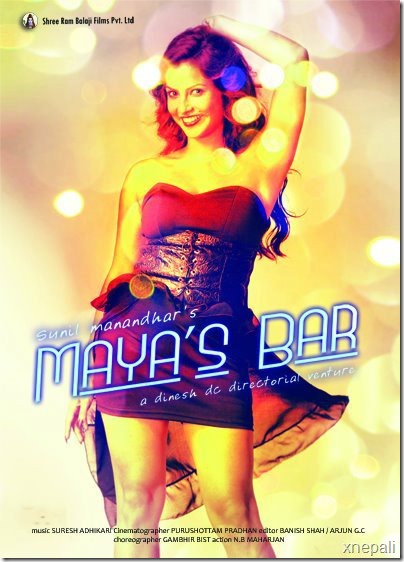