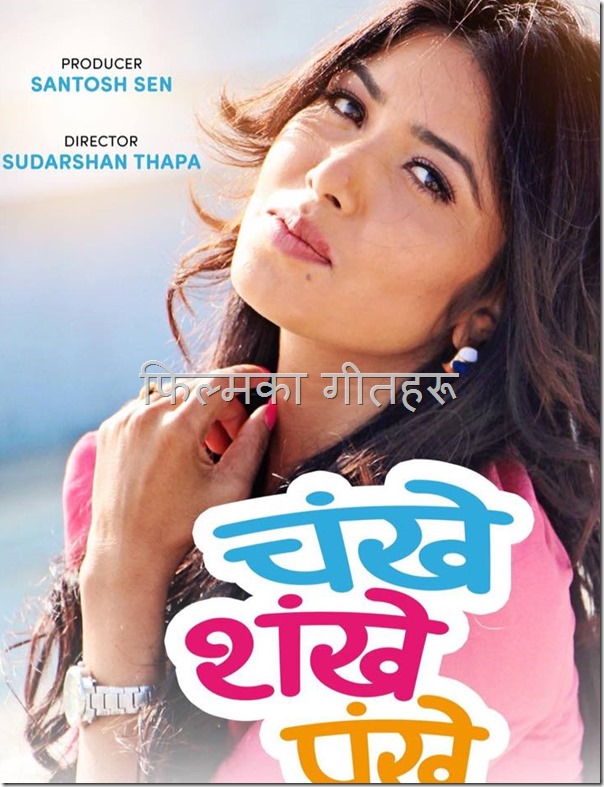 The movie features well known actors like Subash Thapa, Sudarshan Thapa, Prem Puri, Pooja Sharma and Nandita KC. The movie is written by Ramsharan pathak. ‘Chankhe Shankhe Pankhe’ is scheduled to release on May 15, 2015 (Jestha 1, 2072) and is going to be premiered in Bahrain on April 17.

There are rumors of affair between the actress Pooja Sharma and director Sudarshan Thapa. During the release of the promo of the movie last week, two new movies were announced. One of the movie ‘Meera’ is being produced by Pooja and the other ‘Premgeet’ is being produced by Sudarshan Thapa in association with the producer of ‘Chankhe Shankhe Pankhe’ producer Santosh Sen. Both movies will be directed by Sudarshan.