The organization of movie theaters had decided to open the theaters this Friday. They had claimed that they had performed the required engineering aspects of the theaters before making the decision. But, the government had objected their decision and started performing their own damage assessment. On May 8, we were informed that Cine de Chef was the only theater damaged by earthquake. But, the government damage assessment team has found more theaters unsuitable for occupancy. 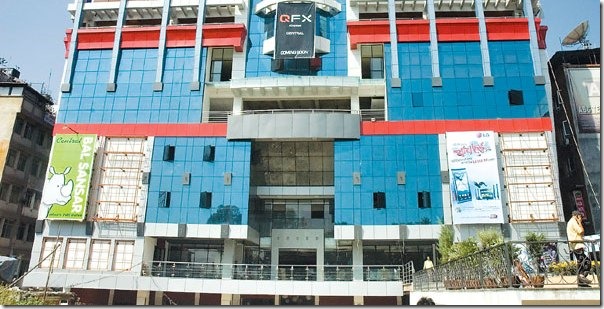 According to a report in Onlinekhabr, the government engineering team has declared 3 theaters under Guna Cinemas too risky to operate by posting red stickers on the theaters.

More details on the condition of other theaters is yet to be made public. The inspection team has also pointed to the lack of enough open space in case of emergency.

In a report the theaters Big Movies, QFX Kumari and Jaya Nepal theaters have started their regular operation on Saturday, May 9, 2015.