The adult themed movie by Dahal Films, ‘Kina Kina’ made news when the director announced for an actress to pose nude in the movie. Actress Arunima Lama agreed to do the role. The movie also features the love story of Rajesh Hamal and Karishma Manandhar. The movie produced by B Banjara features the screenplay of the director Ukesh Dahal and music of Mahesh Khadka. The movie was released on March 8, 2013.

Ukesh had previously produced and directed the first ‘A’ rated Nepali movie – ‘Palpalma‘. Later, the movie was released in Hindi by name ‘Jaane Kyun’. I also talked about the kiss competition in the movie and the censor problem until it was awarded an ‘A’ rating.

film is not available watch the title song:

The movie features the top couple in the Nepali film industry – Karishma and Rajesh Hamal. As they are together in flashback – they are featured in retro looks. The movie is one of the comeback movies of Karishma after a long absence from the film industry when she went to the USA. Arunima Lama features as a model in the movie who poses for the art work of the character played by Rajesh Hamal. The hot scenes and kissing scenes were the main promotional material of the movie. The film makers also claimed that the movie features the first on-screen kissing between Rajesh Hamal and Karishma Manandhar. Rajesh – Karishma had been one of the most liked couple in the Nepali film industry.

In one of the posters, four kisses of Rajesh Hamal, Rajesh Payal Rai, Raj Timilsina and Subash Thapa were featured (see attached poster). 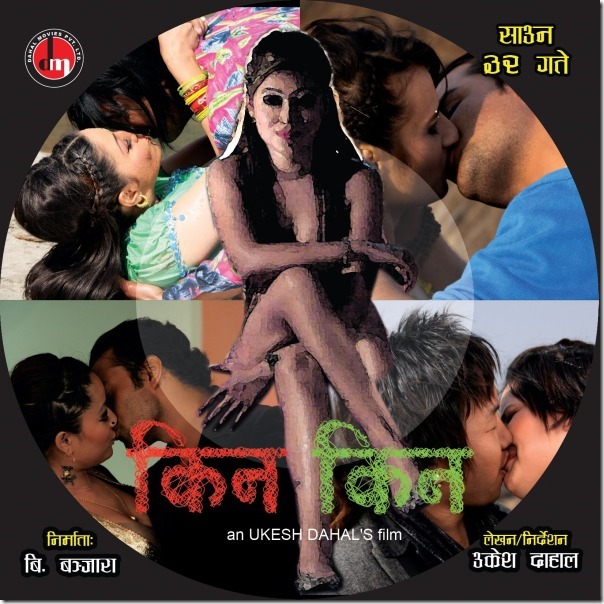