The action star of Nepali film industry, Nikhil Upreti, is making comeback in the June 5 release, ‘Bhairav’. The movie previously scheduled to release earlier in 2015 was delayed because of the shooting of ‘Lutera’. In the trailer released on June 25, he is featured in action role and is trying to get back his previous popularity.

In the home production movie ‘Bhairav’ Nikhil has also debuted as the director. The movie features Nikhil with Anu Shah, Muralidhar, Nagendra Rijal and Robin Hood Sen in main roles. The movie is made on criminal activities in the Indo-Nepal boarder.

We had also written about the first look poster of ‘Bhairav’ and Nikhil in ‘Lutera’ movie. 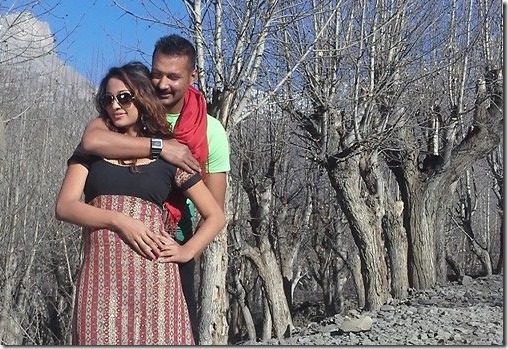