Film Development Board (FDB) has decided to halt all the shooting and screening of Nepali movies for 15 days in the wake of Earthquake of April 25. The decision was made in a meeting held in Kathmandu on April 30. In the press release, there is no indication of when the 15-days count starts. The meeting was held in the coordination of FDB member Suresh Darpan Pokharel. 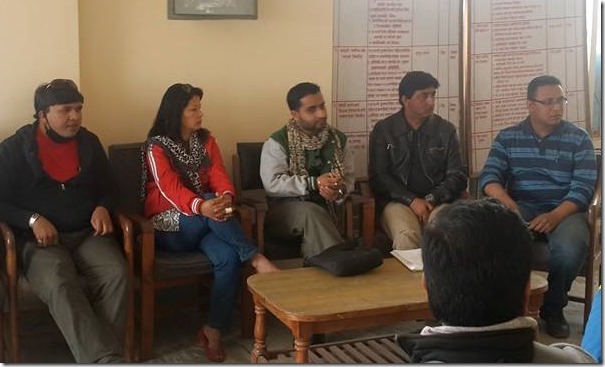 FDB has also formed a working committee in the coordination of Pokharel to volunteer in social awareness and distribution of basic needs to the victims. The program is being organized in co-ordination with the Health Ministry and World Health Organization (WHO). We had written the details of the preparation for the volunteer work previously. 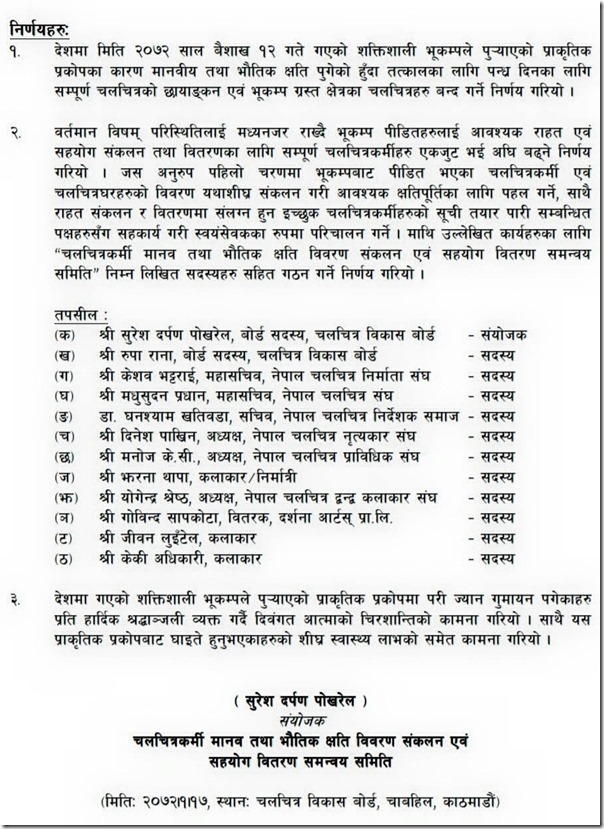 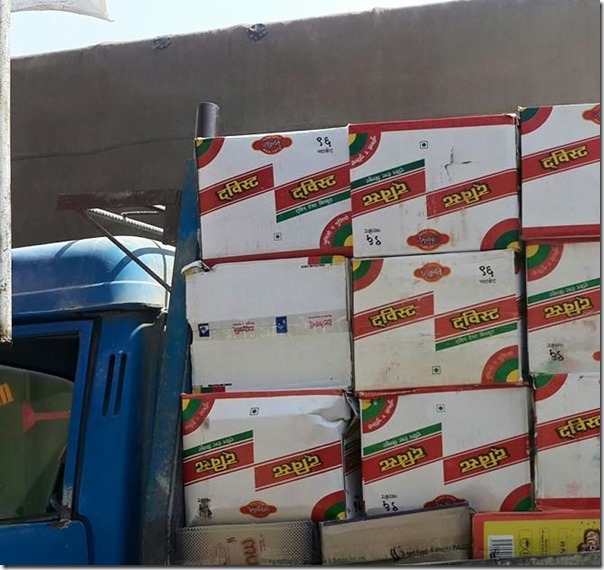