I wasn’t going to talk about this Black hole thing until I found out that a lot of people were worried by it’s existence. Yes, the first photo of a black hole, taken in 2019, is as the name suggest – black and hole like. A lot of people are worried to be sucked into one of those black holes. 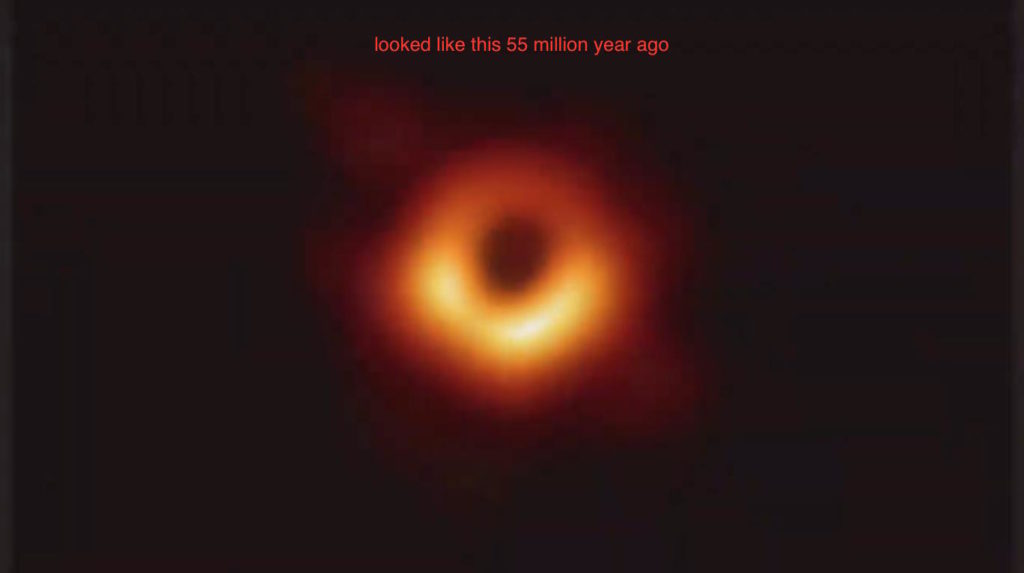 And, this is probably the same thing the ancient text – Shiva Puran tells about – the third eye of Lord Shiva. Birochan Malla explains in Twitter:

Scientist just discovered the image of black hole but fortunately it was well defined in Shiva Puran, thousands year earlier. Black hole is source of energy. The image we call black hole is Vision of Shiva. 2 eyes are source of life & the upper eye is the source of destruction. pic.twitter.com/w1LujfwCIC


For those of you asking, this black hole is 55 million light years away, that means we are seeing it as it looked 55 million years ago. That's about 10 million years after the dinosaurs disappeared. If we wanted to know what it looked like *today*, check back in 55 million yrs. pic.twitter.com/Sq65CThgeb

Shannon says, it is not just this photo but all the photos taken from space are those of the past. Further the object is, the more ancient the picture is. The photo of the Sun itself is more that 8 minutes old, the moment it is taken. Although light is the fastest thing to travel in the universe, it still takes considerable time to travel from the source to target.

There is one blackhole at the center of our galaxy, named Sagittarius A. The black hole is dead because, it has taken all it can absorb. Even if we go near it, it won’t take us in because there is no space for us. So, ‘doom’ theory doesn’t hold true and we are as safe as always. Enjoy !