Earlier I had made a video report on Priya and how she had got the direct entry into Miss Nepal contest. But, she didn’t know that she wouldn’t finally be qualified for the contest because of her age. The information was given to her so late that, she lost her job and she travelled to Nepal from Hong Kong for no apparent reason.

– She was told she will get direct entry into Miss Nepal after she won Miss Hong Kong in December. Miss Nepal choreographer was there at the contest to welcome Priya to Miss Nepal.
– She even went through training for the Miss Nepal contest preperation
– Was told to come to Nepal on March 24
– She flew all the way from Hongkong leaving her job and ruining her career
– Nobody told about her age problem …
– The organizers gave her a letter — it was a rejection letter

Now, she is in Nepal – and won’t be part of Miss Nepal contest !

I made this video report earlier:

She was forced to dream to be Miss Nepal and was shattered at the last minute:

Priya Gurung’s date of birth is 29 Sep, 1994. That makes her 25 years and some days old. Ashmita Pradhan argues, she is still 25 years old and she should have been allowed to participate.

But, it seems, the requirement is not to cross the 25 years mark. One fact is true – the age requirement has been made vague and confusing. Priya might have been confused by the requirement and the lack of the organizers’ clarification on her case earlier. 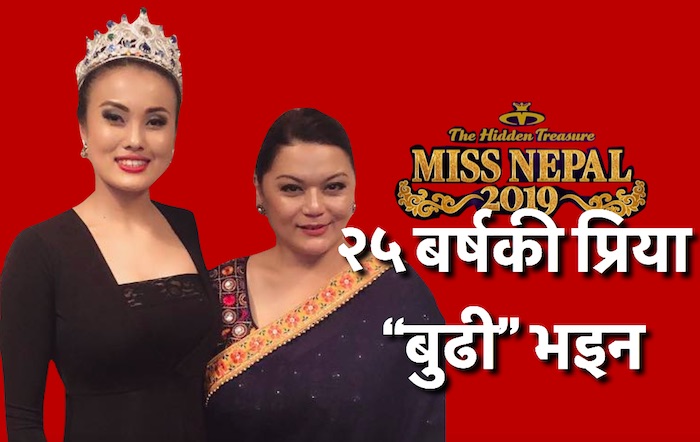