Bollywood item girl, Rakhi Sawant, was spotted in Kathmandu on Sunday. The controversial item girl was in Nepal for the shooting of an item number of a Bengali movie titled ‘Aami Tomar Hoti Shahi’. Rakhi’s role in the movie will only be as the item girl. Video report:

The movie crew had made a set in Kathmandu for the shooting of the item song. There were Nepali technicians and the chorus dancers in the shooting. In addition to shooting the item song, some more songs of the movie will also be shot in various locations in Nepal. After the completion of the shooting and return of Rakhi Sawant to Mumbai, the film crew will head towards Mustang for more shooting.

According to reports, Nepal was chosen for the shooting because of it being cheap to shoot here. The other option – shooting in India was costly and shooting in Bangladesh was ruled out because of the lack of proper shooting spots.

There were about 100 crew members at the shooting location – mostly Nepali crew members including the chorus dancer, disco filler and technicians. Rakh Sawant had brought her own makeup artists. 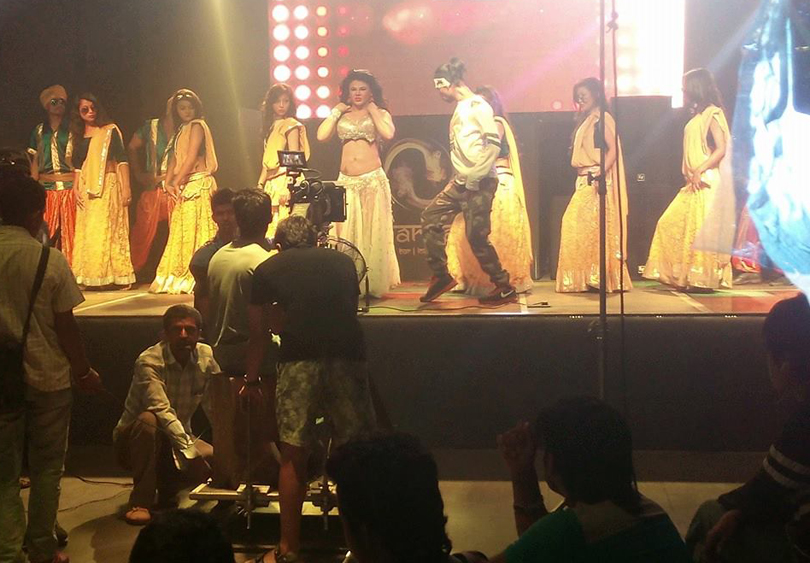