The terror of the earthquake kept most of the people in Kathmandu awake the whole night of April 25. On April 26 the terror continued and the going inside was filled with risk. So people were forced to sleep outside. Actress Rekha Thapa and director Himgyap Lama were staying together in the crisis.

Himgyap Lama shared the photos of himself and Rekha sleeping on the open and in the car. Himgyap’s dog Dhondup 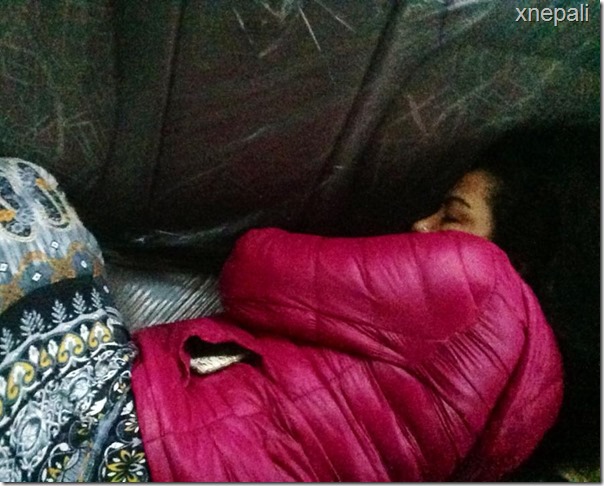 Photo – Rekha Thapa sleeping on the backseat of a car

Himgyap and his dog sleep in front of the tent. 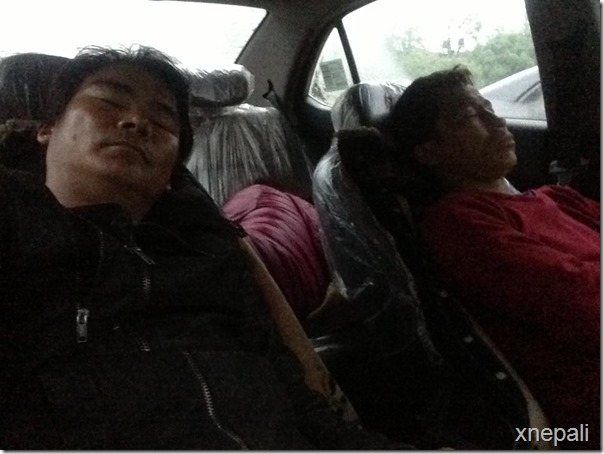 Rekha sleeping on the backseat and Himgyap on the passenger seat. 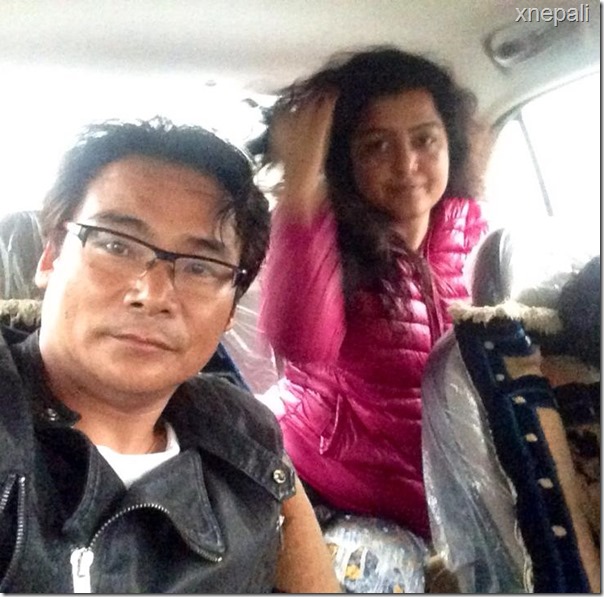 The aftershocks continue to be felt on the second night of the earthquake terror. The after shock right after 25 hours of the first shock was of intensity 6.7 magnitude. 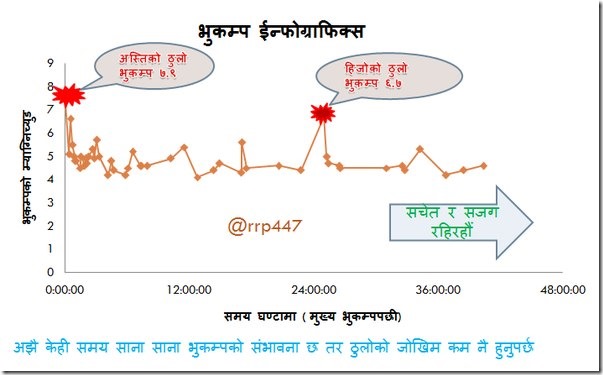 An infographics of Earthquake and after shocks in Nepal from April 25 to April 27, 5AM