In an interview with the ‘Shukrabar’ weekly, actress Rekha Thapa has stated that she is not a CPN (Maoist) member. The statement has come after the party failed to get anticipated seats in the CA election. 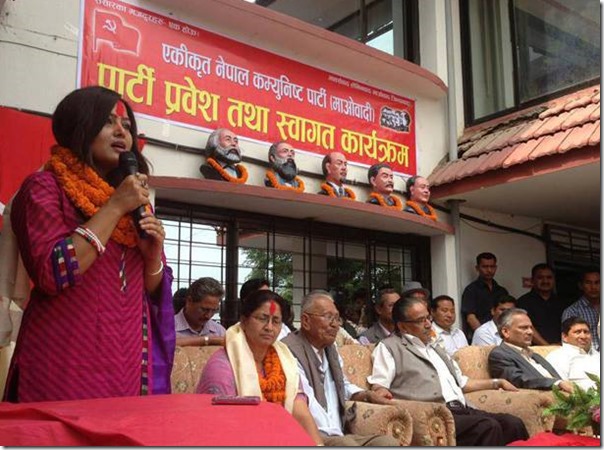 Rekha had joined the party in a highly publicized event before election. Maoist had also offered the actress a ticket in the election. But, she had to relinquish the ticket because of her failure to register herself as a voter. Rekha had also participated in some election rallies of the party.

Now, Rekha says that she didn’t know about the principles of the party at the time she joined it. It seems, she just wanted to join the biggest party. Now, at the time when the party is no longer biggest, she seem to be eying the bigger ones – Nepai Congress and UML.

A part of the interview: 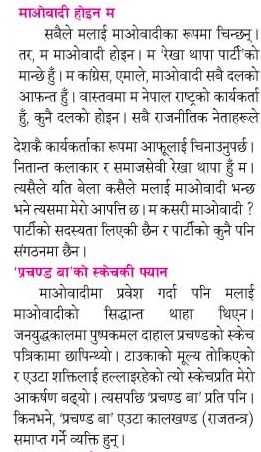