Lata Mangeskar, one of the most popular Bollywood playback singer has died in Mumbai on 6 February 2022. She was considered one of the greatest and most influential singers in India.

Born as Hema Mangeshkar on 28 September 1929 to a theater artist and musician father, she was named Lata after one of the characters of her father’s play Lathika. She started singing at the age of 5 years and was professional signer by 13 years right after her father’s death. General public have given various honorific titles like Nightingale of India; Voice of the Millennium, & Queen of Melody.

She had recorded songs in over thirty-six Indian languages including primarily in Hindi, Bengali, and Marathi.

Noteworthy Awards
1989 – Dadasaheb Phalke Award by the Government of India.
2001 – the Bharat Ratna, India’s highest civilian honour (she is only the second female singer, after M. S. Subbulakshmi, to receive this aard
2007 – France’s highest civilian award, Officer of the National Order of the Legion of Honour

In 1974, she performed at the Royal Albert Hall, London – being one of the first Indian playback singers to ever perform at the venue.

She was the the eldest daughter of Deenanath Mangeshkar & Shevanti Mangeshkar born in Indore, Madhya Pradesh. 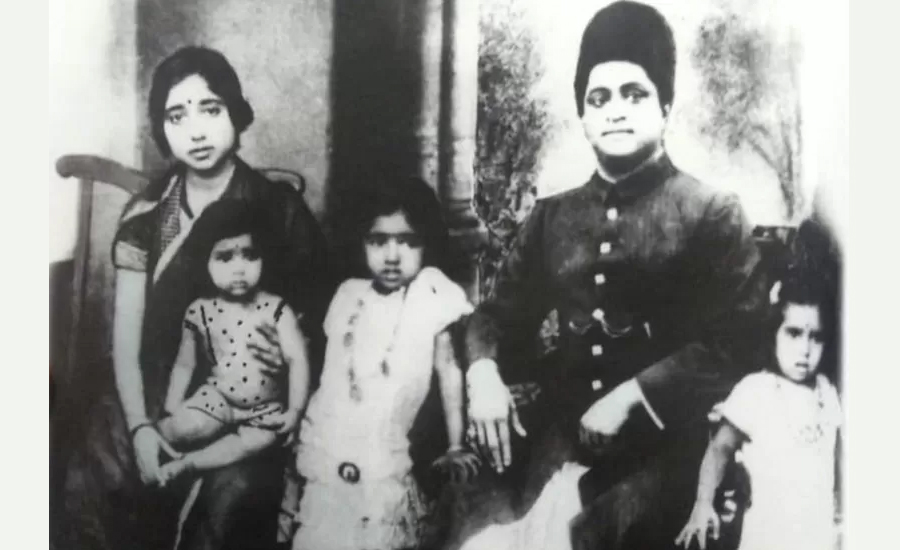 Family photo with her two sisters

Her father, Deenanath Mangeshkar, was a classical singer and theater actor. Her mother, Shevanti was Deenanath’s second wife; who was the younger sister of his first wife Narmada, who had died. Lata’s sisters Meena, Asha, & Usha all are active in music industry. Their younger brother Hridaynath is also a singer and musician.

Lata’s father gave her first music lesson at a very young age. By the age of five, she had already started working as an actress in her father’s musicals. Lata didn’t go to school. On her first day to school she quit because they would not allow her to bring her sister Asha with her. 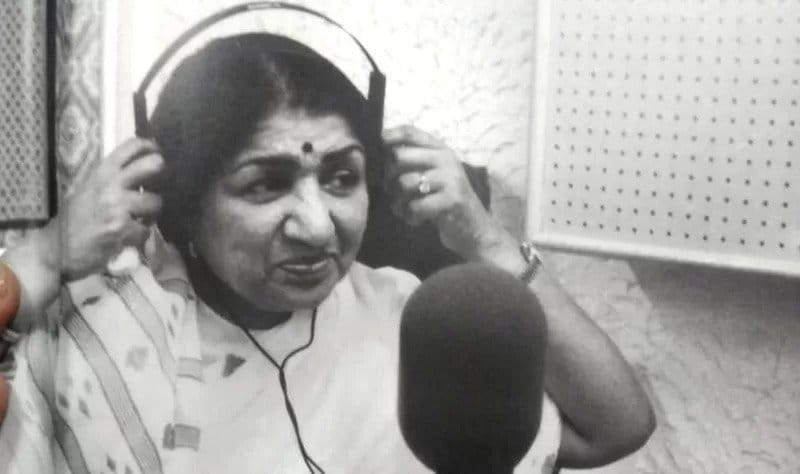 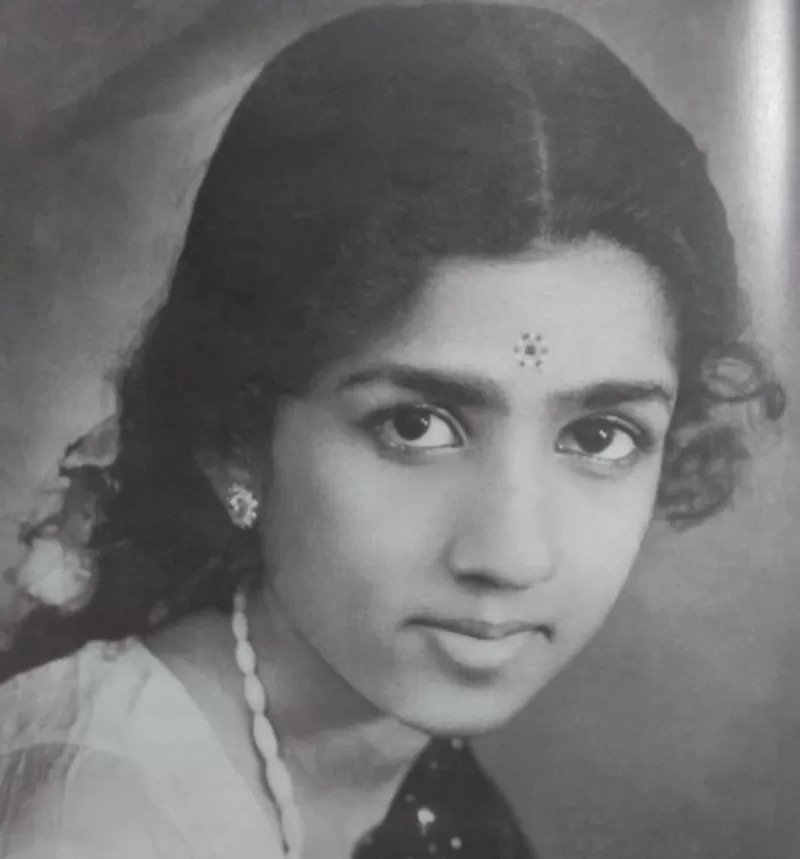 I am anguished beyond words. The kind and caring Lata Didi has left us. She leaves a void in our nation that cannot be filled. The coming generations will remember her as a stalwart of Indian culture, whose melodious voice had an unparalleled ability to mesmerise people. pic.twitter.com/MTQ6TK1mSO

He further wrote: “I consider it my honour that I have always received immense affection from Lata Didi. My interactions with her will remain unforgettable. I grieve with my fellow Indians on the passing away of Lata Didi. Spoke to her family and expressed condolences. Om Shanti.”
and
“Lata Didiâ€™s songs brought out a variety of emotions. She closely witnessed the transitions of the Indian film world for decades. Beyond films, she was always passionate about Indiaâ€™s growth. She always wanted to see a strong and developed India.” 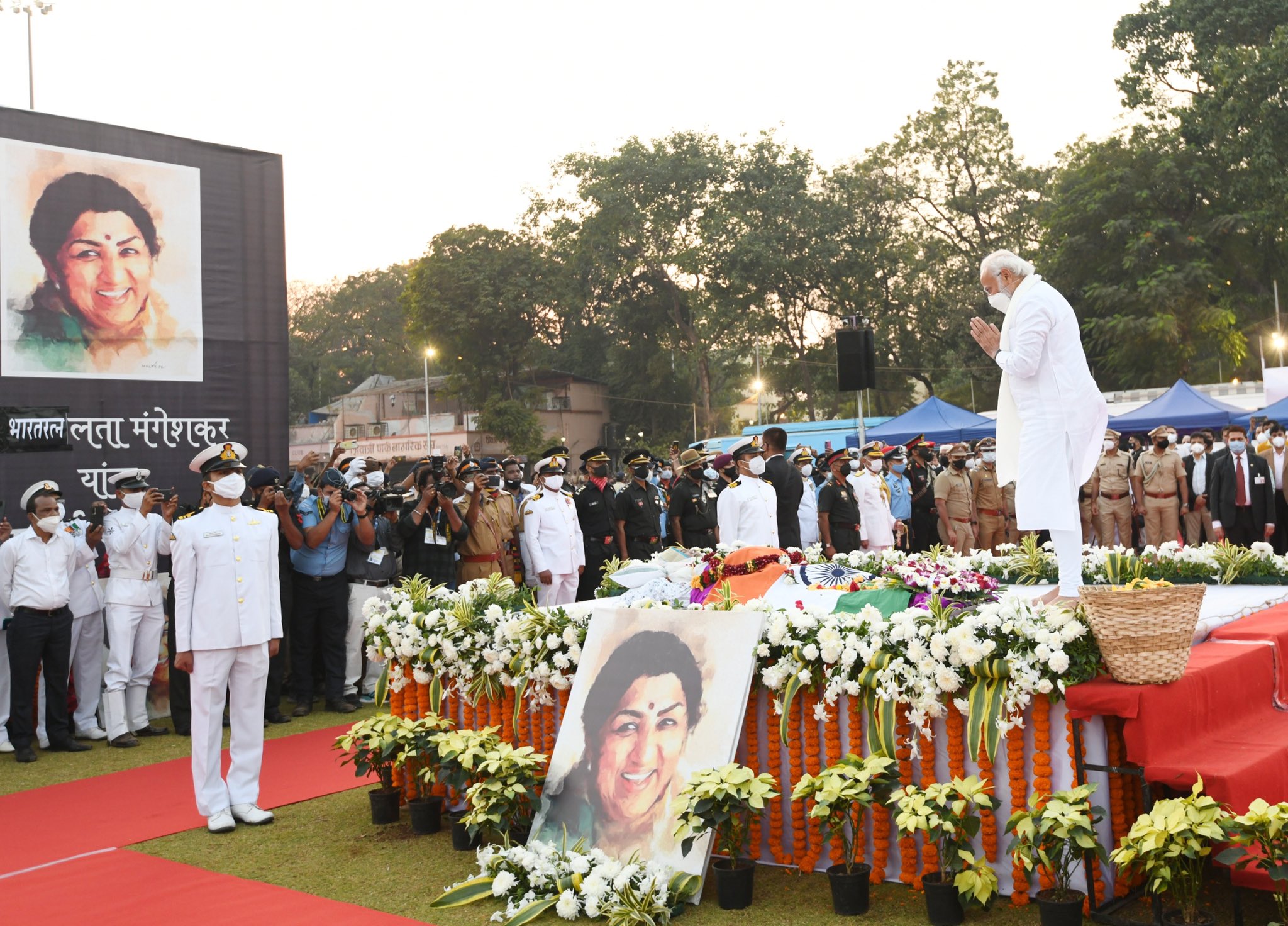 On 8 January 2022, Lata Mangeshkar was admitted to Breach Candy Hospital’s intensive care unit in Mumbai. She remained in the ICU. She was put into the ventilator on 5 February. And she didn’t recover. She died on 6 February 2022 at 8:12 in the morning, from multiple organ dysfunction syndrome after undergoing 28 days of treatment.