It seems, movie directing is an attractive profession for film journalists. That might be the reason the Kantipur journalist Subrat Acharya has commenced directing a movie named ‘Adhakatti’. 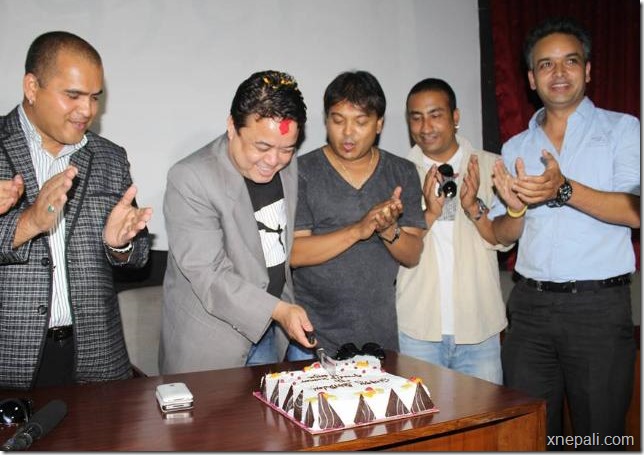 Another journalist Dabbu Chhetri is currently directing a movie named ‘Passport’. Actor director Dinesh DC had also started as a journalist. A photo journalist of Kantipur, Bikash Rauniar is in film business (it is his wife who is directing the movie). The movie named ‘Megha’ is featuring Manisha Koirala‘s brother Siddhartha Koirala and Namrata Shrestha.

Back to Subrat again, his movie is being funded by Pradeep Uday and Naresh Dev Pandey. The plot of the story is written by Subash Dhakal and script is written by Biajya Adhikari. Although every other details are finalized, the actors are yet to be finalized. The movie is expected to go on floor in a month and half.

The movie was announced on the birthday of Pradeep K Uday. 2 thoughts on “Subrat Acharya, another journalist to direct a movie”