In a press release by actress Sumina Ghimire she has admitted her mistake during the telephone conversation with the journalist Bijaya Awaj Subedi. She stated that she regret her statement and wasn’t meant to be a threat to the journalist.

She added, she has high respect to journalism and that will always be her view. The reason of the statement after a month late is not known but it seems, Film Journalist Association of Nepal, an organization in which Bijaya Awaj is one of the member, had forced the actress to issue the statement. The statement of FJAN , signed by the secretary Laxman Subedi, has a threatening remark to "everybody" to respect journalists. 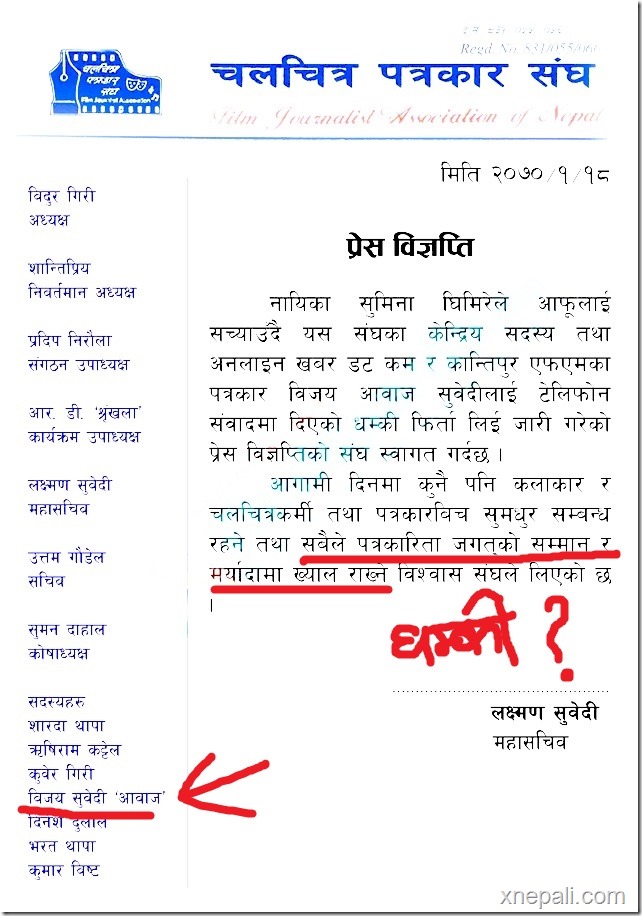 In response to the phone scandal, Nepali actress Rekha Thapa had stated that the journalists have been encroaching private lives of artists and accused them on the death of actresses like Shrisha Karki and Jesika Khadka (Jyoti Khadka).

One thought on “Sumina Ghimire forced to admit her mistake, FJAN threatens everybody”