Now it is official, actress Sushma Karki and music artist Niran Shrestha have finally broken up for the second time. That happened in Best Food Café in Putalisadak when the issue between them became physical. 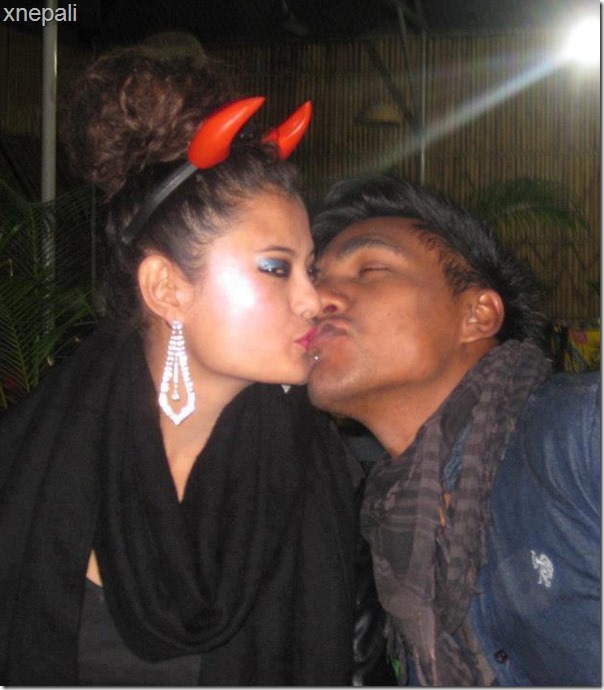 Photo – A 2013 photo of Niran and Sushma kissing each other.

The relationship started towards the end of 2012 and they broke up within a year of the relationship. They had recently patched up and had started living together again. They had also invested in a restaurant. Sushma also celebrated her birthday in the restaurant. When the business didn’t go as expected, they sold it and went in a tour together. While in the tour, Niran had beaten Sushma while in back-stage in a cultural show in Dharan. Like the previous one, the second teremm of their relationship also didn’t last a year.

According to report, Sushma has confirmed that they have broken up and won’t be together again. In an interview Sushma explained the reason of breakup: "When I entered the restaurant he started bad mouthing me. I couldn’t tolerate that and responded in the similar manner." Sushma also accused Niran of starting the quarrel when they are together. She told, Niran accuses her of sleeping with everybody.

Sushma and Niran had met when they were to collect the remuneration of the Nepal tour organized by the producer Hari Mahat.

Sushma told that when they were living together she used to cook food and wash his clothes. She complained, "What did he do in response ?" She also accused Niran doing physical abuse after two months of living together.

Although she has been successful in item dances and stage shows, her sex-symbol image in movie couldn’t sell and she is not doing any movies these days. She has indicated her desire to come back to entertainment industry by posing for hot photos in an online magazine. 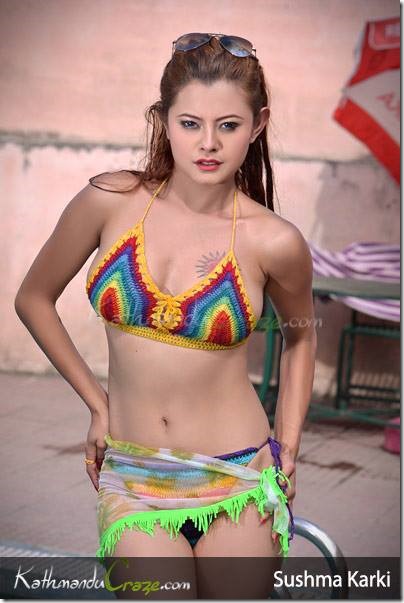 3 thoughts on “Sushma Karki and Niran Shrestha break up, again”