On January 18, actress Sushma Karki is going to watch Nepali movie ‘Bindaas’ with the Qatar resident Nepali viewers. The movie is scheduled to be featured in Doha Film Hall. 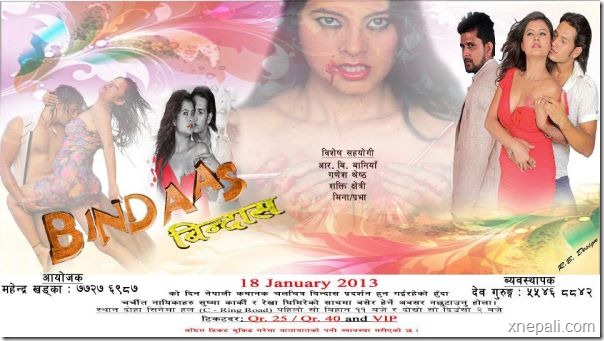 With Sushma Karki, another ‘Bindaas’ actresses, Rekha Ghimire will also be going to Doha for the film show.

There are two shows scheduled on January 18 – one at 11:00 AM and another at 2:00 PM. For those who book the ticket in advance, the organizers have also promised the transportation to the film hall. ‘Bindaas’ movie is made on the story of youngsters and is told to have a lot of sex and vulgarity (refer our ‘Bindaas’ review).

Sushma Karki made news when she was signed in the movie for Rs. 3 lakh. It was rumored that she was paid the hefty sum for the skin-show in the movie. The first poster of the movie featured actress Sushma in a very provocative posture. The director, Raju Giri and Sushma weren’t in good terms by the end of the movie.