A dark comedy, Nepali movie ‘Kabaddi’ is a movie by Ram Babu Gurung featuring Dayahang Rai, Nischal Basnet, and Rishma Gurung in lead roles. Other actors in the movie include Rajan Khatiwada, Bijay Baral, and Buddhi Tamang. The presentation of Black Horse Pictures, the movie is made on the story, screenplay and the direction of Ram Babu Gurung. Cinematographer Purushottam Pradhan has shot the movie, Govinda Rai was the choreographer and Neelima Sharma had designed the costume. The movie is jointly produced by Nischal Basnet and Sunil Chand Rauniyar. 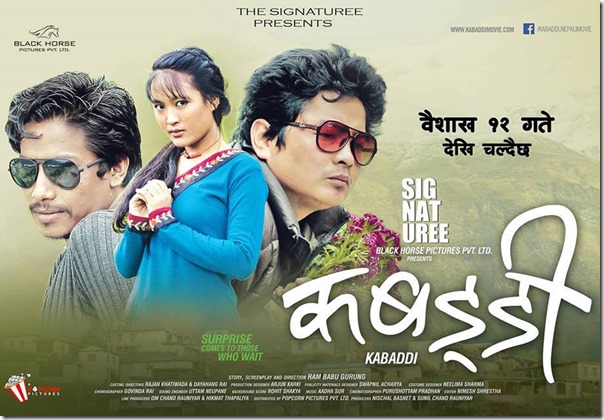 ‘Kabaddi’ is a story of Bir Kaji (Dayahang Rai) who lives in a village named Naurikot. Most of the young guys of Naurikot have already left for foreign employments and most of those who are left are also planning to leave the place. Kaji in contrast is aimless in such terms. All he wants is to get married to his maternal cousin Maiya (Rishma Gurung). Maiya however runs away from every romantic advances of Kaji. Kaji’s friends (played by Bijaya Baral and Buddhi Tamang) back Kaji in every tactics he applies to get Maiya’s approval.

END_OF_DOCUMENT_TOKEN_TO_BE_REPLACED

Actress Karishma Manandhar had defied the Nepal Banda by driving herself to Pashupati mandir. After visiting the temple, she shared some photos of her visit with choreographer and director Govind Rai. 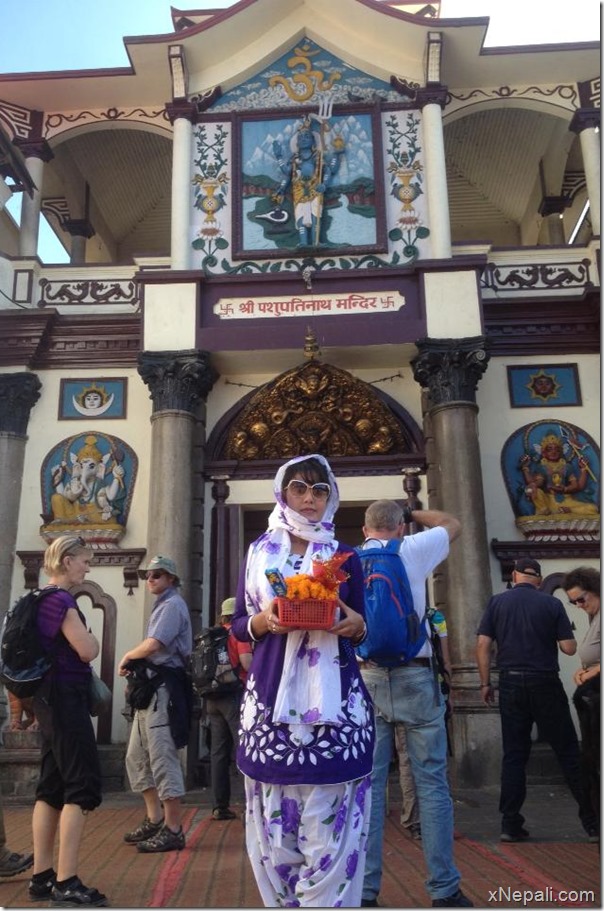 While other artists only talked about defying the closure, Karishma is the only actress who has taken action.

END_OF_DOCUMENT_TOKEN_TO_BE_REPLACED

The movie features the music direction of Santosh Rajbanshi and Nagendra Rajbanshi, choreography of Govind Rai, story and script of Raj Sirish.