[Watch ‘Jholey’ here – Full movie is available to watch in xnepali. Click here for the nominations of INFA 2014]

The ‘Jholey’ producer and director have expressed their surprise on the nomination of the movie in INFA 2014 awards. 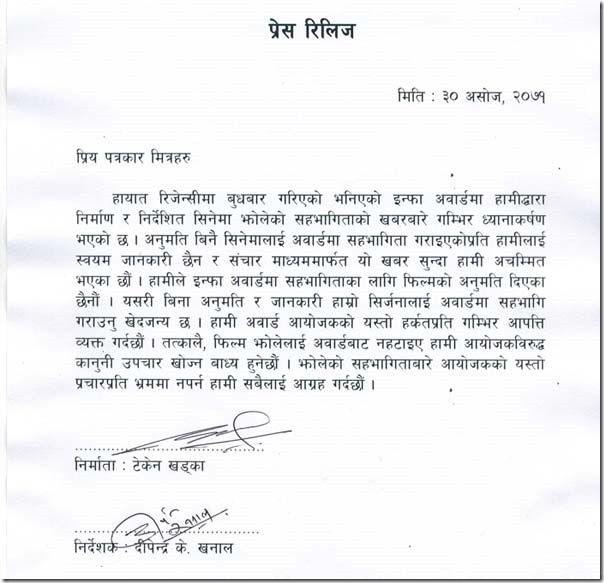 In the press release signed by producer Teken Khadka and director Dipendra K Khanal, states that the movie team was not informed about the the participation in the award and they had to know about the nomination through media. They have asked the organizers to remove the nominations from the movie in the award.

END_OF_DOCUMENT_TOKEN_TO_BE_REPLACED

The nominations of the Nepali film award to be held in Hong Kong, International Film Academy Award (INFA 2014), is released in a press conference held in Hotel Hayat. The award ceremony is going to be held on October 26, in Hongkong. The organizers are going to honor film producer Uddav Poudel with the Lifetime Achievement Award. He will receive Rs. 500,000 in cash and certificates in the ceremony. 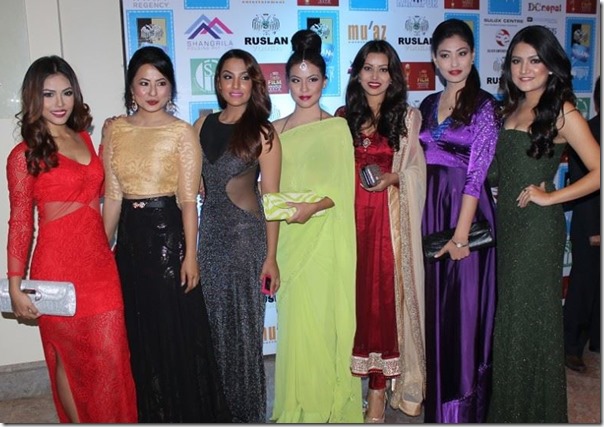 In the award ceremony some 60 artists including Rajesh hamal, Shiva Shrestha, Bhuwan KC and Karishma Manandhar will fly to Hong Kong. Awards will be presented in 20 different categories. The nominations in these categories are as follows: