The Nepali movie ‘Krishna’ is a presentation of RBK Sharad. The movie is made on the story featuring an action love story drama. The action and adventure movie is written by Yogesh Rayamajhi / Kishor Dhakal.

END_OF_DOCUMENT_TOKEN_TO_BE_REPLACED

Lord Krishna is one of the most romantic gods in Hindu mythology. He was raised in a cow herder community in ancient times and is told to have 1,600 girlfriends, Gopini. Among them Radha was his beloved one. Krishna is believed to the human incarnation of the God Bishnu.

END_OF_DOCUMENT_TOKEN_TO_BE_REPLACED

Due to unavailability of theaters, many movies had to wait for years to be released. After such a long time, a lot of things change and to give an impression to the viewers that the movie is new, the producers change the names.

A movie released a fortnight back, â€˜Sangharsha Jindagiko’ was named different before release. Similarly, another movie released on Friday, August 6, is also renamed â€˜Krishnaa’ right before its release. The movie was shot by the name â€˜Kholawari Kholapari’ but the producer wanted to the movie to reflect the current time by renaming it. 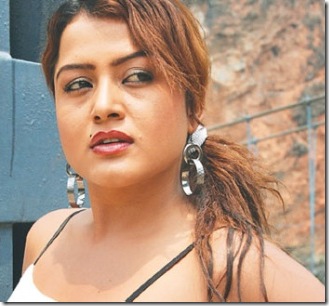 The producer of the movie RB Khatri thinks â€˜Krishnaa’ was a modern name and is suitable for the movie just before it’s release. Viewers won’t be surprised if the movie needs a lot more additions to be complete.

The star cast in the movie however is very impressive. Rajesh Hamal, Rekha Thapa, Nikhil Upreti, are Nandiata KC the leading actors in the movie. In the initial days of the shooting, JB Rai was the director but, when he left the team, assistant director Sujan Lama had to take over the directing job.