A 2069 BS movie, ‘Barsat’ is the second venture of Mata Manakamana Production. Krishna Shrestha did the cinematography, Shankar BC in choreography, Roshan Shrestha in action, Shivam Adhikari in script and dialogue.

END_OF_DOCUMENT_TOKEN_TO_BE_REPLACED

This week on Friday, June 21, two new Nepali movies have released in theater. Releasing movies at the time when the FIFA World Cup is running, is considered risky decision. On top of that, the movie released last week, ‘Mukhauta’ team have also accused FIFA World Cup being one of the reasons of low turn in in theaters. In that context, the risk movies ‘Mission 4 Twenty’ and ‘Kasto Tension’ have taken is considerable.

Both the movies are made on the story of the current day youths and targeted to young audience. And, they both feature hot actresses who are open to showing skin. Actress Mahima Silwal of ‘Mission 4 Twenty’ is known for open talk about her sex life and hot photo session. The actresses duo of the other movie are also known for their open view in sex and skin show. 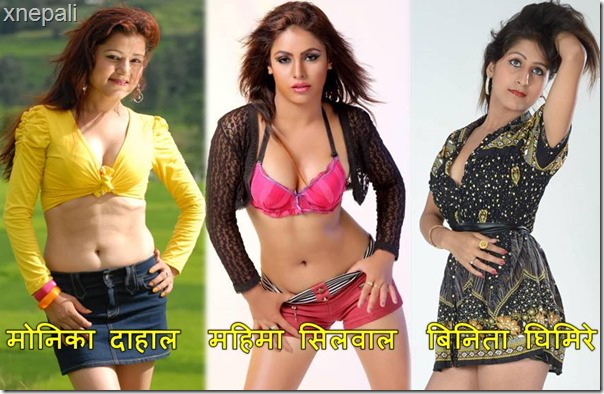 END_OF_DOCUMENT_TOKEN_TO_BE_REPLACED

Two hot actresses Beenita Ghimire and Monika Dahal are featured together in Narayan Mainali’s upcoming movie ‘Kasto Tension’. The movie scheduled to release on Ashad 6 (June 21, 2014) is written and directed by Shiva Ghimire.

END_OF_DOCUMENT_TOKEN_TO_BE_REPLACED

The movie ‘Khetala’ is rated ‘A’ – not for the youngsters less than 16 years. The movie is the presentation of Uttargaya Films by Ram Bhakata Shrestha