Earlier the movie team had released the music video of an item song from the movie. 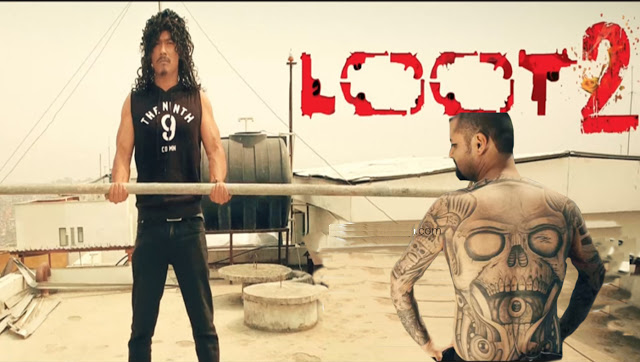 Currently the film production team is busy in the post production and dubbing works. The movie is scheduled to release on Falgun 13.

The original movie ‘Loot’ was blockbuster movie. The movie was released at the time when the government agency, Film Development Board, was planning to declare the emergency situation in the Nepali film industry.
END_OF_DOCUMENT_TOKEN_TO_BE_REPLACED

UPDATE – This was the movie ‘Superhit’. The movie was released in 2016 in theatre. A lot of things had changed in the three-years time. At the time of the release of the movie, Binita Baral was in the USA. Binita had broken up with her boyfriend and the director of the movie by that time. So, Binita didn’t help in the promotion of the movie. The name itself was confusing because there was another movie of Binita with similar name – ‘Superstar’. The second movie of the actress, ‘Superstar’ was a super flop film. The third movie was not only similar in the name, the movie also met the similar fate – the movie was also a flop movie.

Actress Binita Baral released a few photo shots from her upcoming movie. But, she has kept the title of the movie a secret.

Binita Baral’s first movie ‘Chapali Height‘ became one of the most successful Nepali movies in 2011 but, the second movie ‘Full Stop’ couldn’t attract viewers. To create curiosity in the v
iewers, the production team of her third kept the information about the movie a secret.