â€˜Use’ is the movie by SS Balami for Bajra Creation. The movie is made on the story of the director BS Balami. The movie was one of the many movies made on sex theme. Like other movies, it wasn’t that successful at the time of release.

END_OF_DOCUMENT_TOKEN_TO_BE_REPLACED

Nepal is probably the only country in the world where people can’t have their national flag on their vehicles. The Nepali national flag is only allowed to be hoisted on the vehicles of high ranking leaders/officials including the President, Prime Minister, and Chief Justice among others.

Why can’t general citizens be proud of their national flag and have it decorated on their vehicles? I salute the owner of this vehicle with the Nepali flag attached to it. 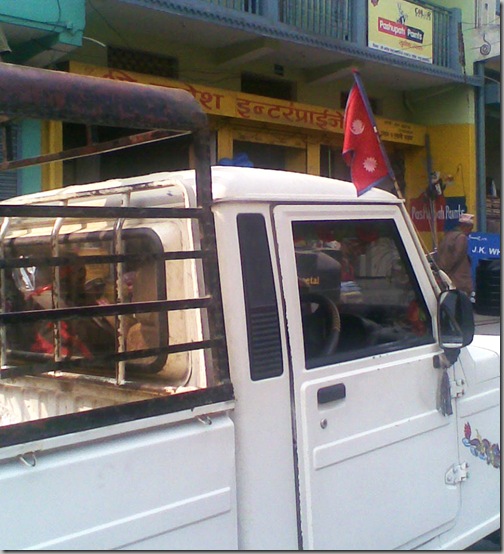 Photo by – Bikash Achary (Bikash thinks it is the misuse of the flag.)

UPDATE: According to the Royal rule (1992 policy) only the following individuals can hoist flags in their residence, office and vehicles :

I am not aware of any changes to these rules. Please comment if you know of any government rules that make such provisions invalid.