The actor Shree Krishna Shrestha had died on the second week of August 9, 2014. On the month of of his death, we have compiled some of his movies for you to enjoy.

Shree Krishna’s death came as an unpleasant surprise. Just after a month of marriage and on the day after the release of his movie ‘Kohinoor’, the timing of the death was unexpected. 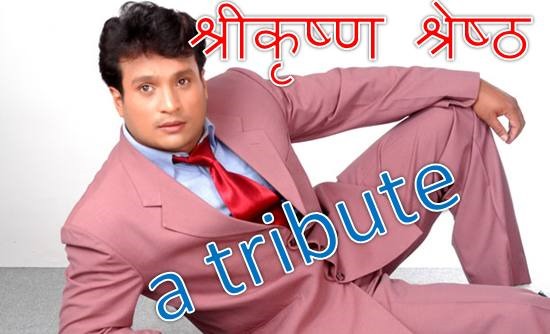 On this sad time, we are compiling some of the best known movies of Shree:

The movie ‘Kaha Bhetiyala‘ is the debut movie of Shree Krishna Shrestha as a producer and the debut movie of his future wife, Sweta Khadka. The movie directed by late Shiva Regmi proved to be a super hit movie establishing Sweta as an actress and Shree, the second hit producer actor after Bhuwan KC.

The movie about an on-scree love story of Shree Krishna Shrestha and Niruta Singh features Rajesh Hamal as a villain who wants to separate the two. Watch the movie by clicking in the following image to know if Rajesh separates the two or help in strengthening the bond between the two.

END_OF_DOCUMENT_TOKEN_TO_BE_REPLACED

‘Yestai Hunchha Pirati’ is the debut movie of Sajja Mainali, daughter of popular comedy actor Gopal Raj Mainali. Laxman Jung Thapa was also introduced in the movie. The story of the movie is written by Bishal Pokharel. The movie is presented by Sagar Dhungel for Devashram Films.