The trailer of the debut movie of actor Shishir JB Rana, as a director, has been released. The main attraction of the movie are Samragyee RL Shah and Najir Hussien. A new entry in the Nepali film industry, Aakash Shrestha, is also a promising actor. Akash Shrestha had debuted in Nepali movie industry in ‘Ma Ta Timrai Hoon’. Sunil BK is a new introduction in the movie. 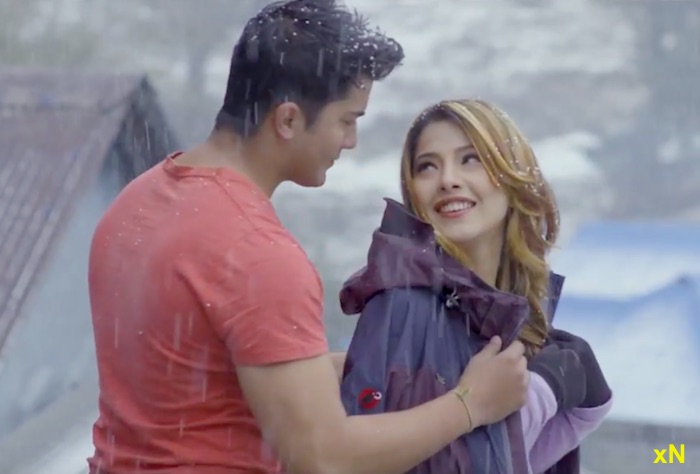 The trailer shows three characters played by Samragyee RL Shah, Aakash Shrestha and Nazir Hussien in Poon Hill. One of the popular destination to watch sunrise and sunset, Poon Hill is a 3,210 m hill station located in Myagdi District of northern-central Nepal. The nearby village Ghorepani is at 17 kilometres from the district capital of Beni. The place located in the Annapurna Conservation Area (ACA) is a popular touristic destination.

The trailer starts with the location map of Poon Hill, where “three strangers” meet. First, Samragyee is shown walking, then Aakash is shown playing with a couple of kids, and Nazir Hussain is shown smiling. The characters start “One Journey” – they are shown walking along a snow filled area towards “One Destination”. A village is shown beside a mountain range. Two characters are shown walking towards a view tower at a hill station with a beautiful snow-covered mountain peaks on the background. “Love” between Aakash and Samragyee, and also between Najir and Samragyee.

A video report I did at the time of the announcement. 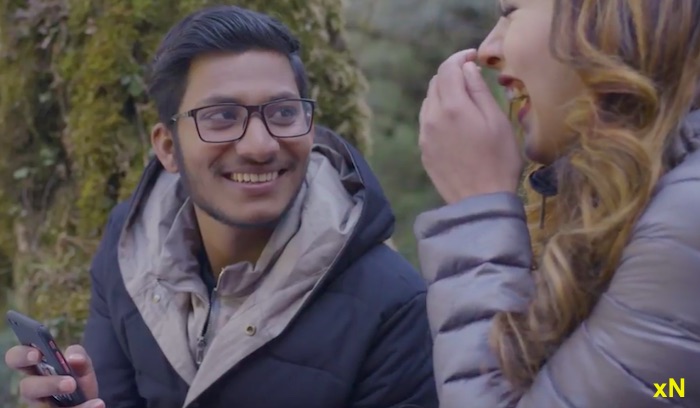