Hemanta Rana’s song ‘Saili’ has been a record breaking song in YouTube. The song received a huge amount of views in YouTube despite of being a new channel. The song featuring the music of Kali Prasad Baskota and the lyrics written jointly by Kali Prasad Baskota and Himal Saud is released by GH Entertainment. The GH Entertainment channel only has one more video in its channel – the lyrical version of ‘Saili’.

The song is about a foreign bound Nepali youth who promises to have fun after a certain age. 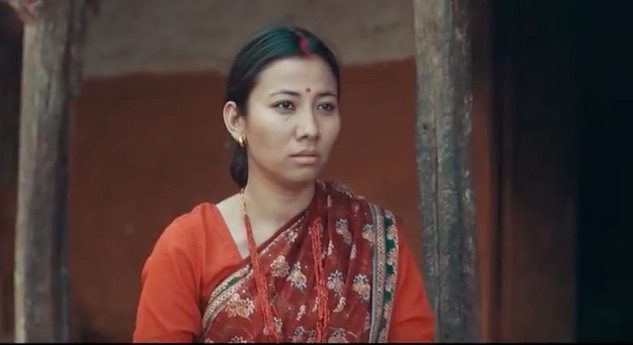 The song dedicate to the Nepali youths who are selling their sweat in the foreign soil and love their motherland. The song features actress Menuka Pradhan with actor Gaurav Pahadi.

The record breaking Nepali music videos so far were videos of a number of movies.

Saili is not in the top 10 yet. But, it was uploaded 2 days ago and the views are almost 2 Million. That would make it to be the top in the list in a few days.

The record breaking movies are also availalble to watch in xnepali : 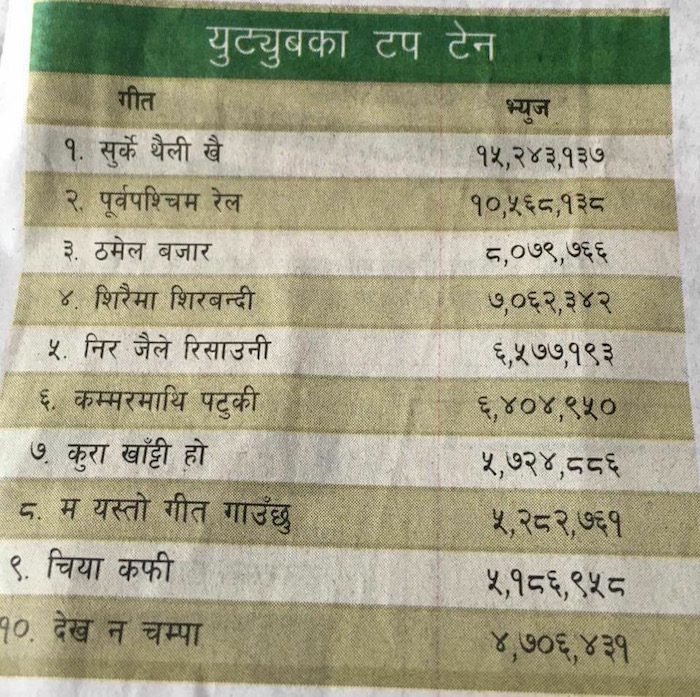 (published in some newspaper/magazine shared by Priyanka Karki)