This movie is produced by Govind Dhakal ‘Chande’ for Tirthabhakta Vision Pvt. Ltd.

END_OF_DOCUMENT_TOKEN_TO_BE_REPLACED

A milestone of Nepali film industry, ‘Vigilante’ is the first Nepali 3D movie in the 50-year long history of the industry. ‘Vigilante’ is produced by Aasma Films, the banner that produced the blockbuster movie ‘Chapali Height‘ last year. The movie features Priyanka Karki, Subash Thapa, Raj Ghimire, Menuka Pradhan, and Arjun Gurung in leading roles. The movie is directed by Dipendra K Khanal. 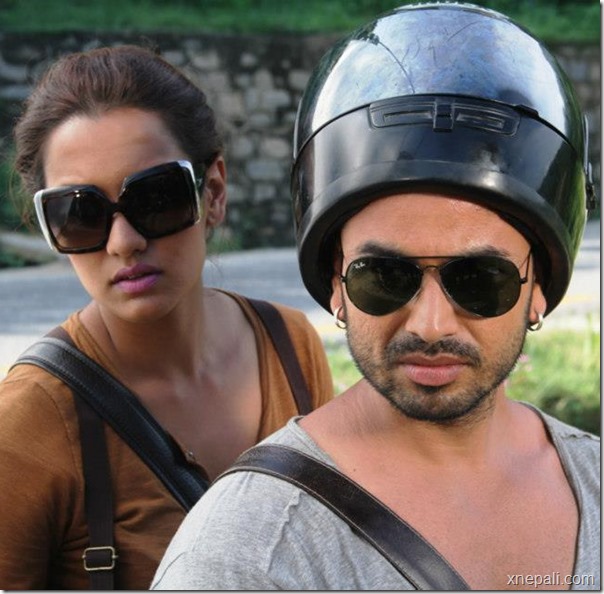 ‘Vigilante’ starts with a suicide scene of a groom on his marriage day – and, that is the mystery of the movie. As the movie advances, six friends are seen on a bike trip as a song of Sabin Rai is played on the background. As the advance toward an unmentioned destination, the six friends have a lot of fun and discussion. When one of the friends’ bike breaks down, their journey is halted in an evening. While staying in the house of Khatri in the way, two of them disappear in the forest. Other four to enter the forest to find their missing friends. One by one each of them disappear in the forest.

END_OF_DOCUMENT_TOKEN_TO_BE_REPLACED

A movie by Gopi Krishna movie sand a presentation of Uddav Poudel. The script and dialogue is written by Shivam Adhikari based on the story written by Pradeep Dahal. (Note – The story of this movie seems to be copied from Telegu film Konchem Ishtam Konchem Kashtam)