The audio jukebox of the sequel of the 2010 released hit movie ‘Bato Muniko Phool’ is attached. There are six songs in the movie. The songs are recorded in the voices of Yash Kumar and Baboo Bogati. 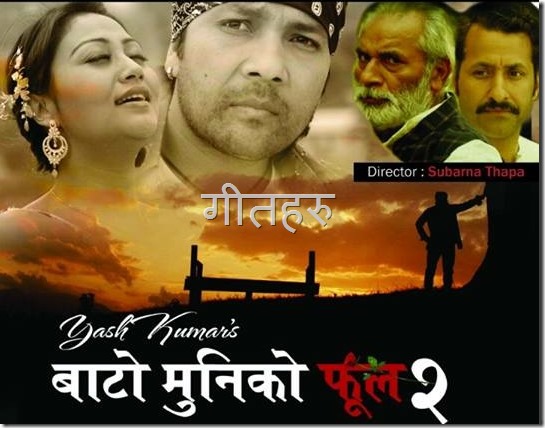 The sequel was announced a year ago in February. The movie features Yash Kumar, Arpan Thapa, Dilip Rayamajhi and Baboo Bogati in lead roles. The actresses in the movie include Ashishma Nakarmi, Reema Bishowkarma and Richa Sharma. The actor Rajesh Hamal is also featured in a cameo role. The director of the sequel is  Subarna Thapa. The original ‘Bato Muniko Phool’ was directed by Suraj Subba Nalbo.

The details of the songs in the movie:

END_OF_DOCUMENT_TOKEN_TO_BE_REPLACED

A huge crowd was gathered at the Tribhuvan airport in Kathmandu to welcome the Gold Medal winner in Football at the 12th South Asian Game (SAG).  The victory was the first in the last 23 years. The win was important after the police arrested various players accusing them of match fixing in various international games.

Team Nepal had won the final game against Indian team in the final of the football game in SAG. The team arrived in Tribhuvan Airport at 4:45 on Wednesday.

The employees of Airport authority had gone to the aircraft to welcome the victorious team. After the welcome ceremony, the team members were taken in an Army vehicle in a victory rally. The rally went from Tilganga Chowk, Gaushala, Rato Pul, Gyaneshowr, Kamal Pokhari and ended at the Dasarath stadium. A celebration program was held at the stadium. 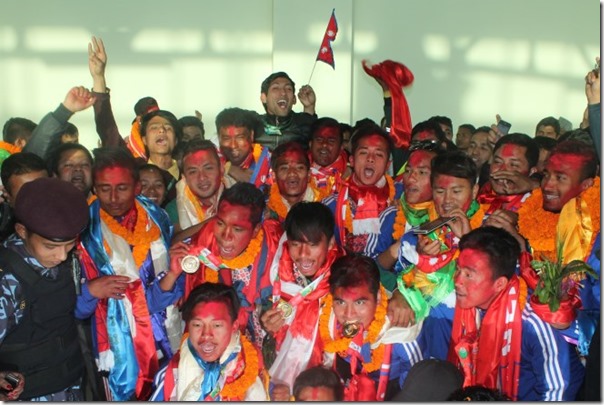