A video report of the event:

The residences are divided into three blocks. In Block A, there are 23 houses, two children parks, one parking and two public water taps. The key to the Block A residences was handed over by the president Bidhya Devi Bhandari to the locals.

In Block B, there are 27 houses, four children parks, two public toilets and four public water taps. The key of the Block B was handed over to the locals by the parents of Sitaram Kattel ‘Dhurmus’.

In Block C, there are 15 houses, a playground and a public space for gathering (a Chautari), and two public water taps. The key to the Block C was handed over to the locals by the parents of Kunjana Ghimire ‘Suntali’

Talking in the ceremony the president appreciated the work done by the actors. She also thanked other artists who helped in the noble cause. After the completion of the construction, Dhurmus told that he will work towards building the nation. 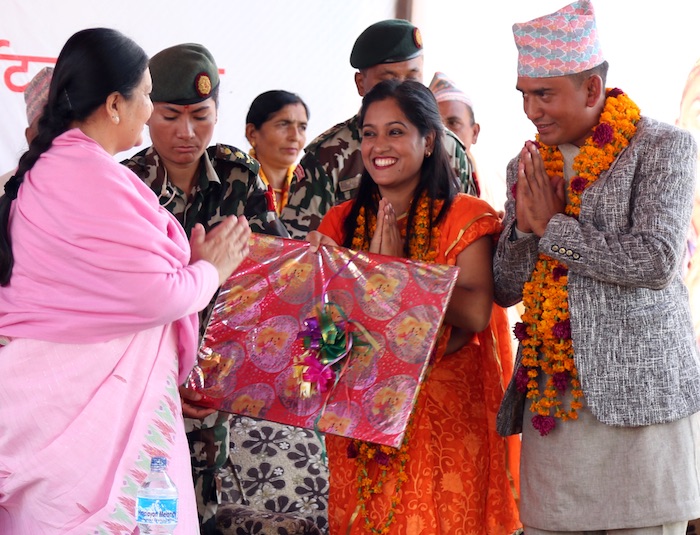 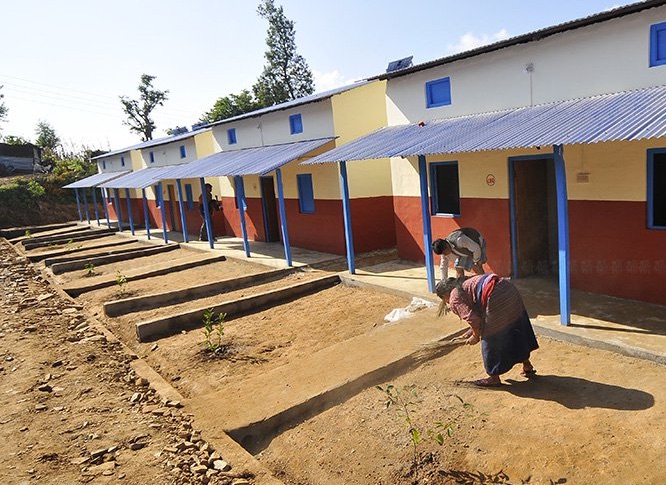