The engagement between 27 years old Mohit Bamsha Acharya and 24-years old Bindu Thapa was held in Mirabel Resort and Hotel in Dhulikhel among the families of the two parties and their close friends. 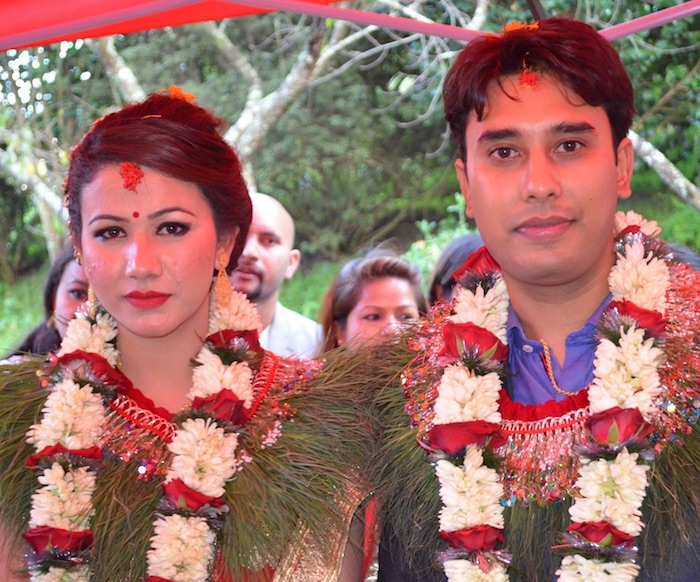 Who is Mohit Bamsha Acharya?

Mohit is the youngest son of on of the MaHa duo, Hari Bamsha Acharya. Mohit’s mother, Meera Acharya died in April of 2011. (Read my report on Meera’s death). 27-years-old Mohit is a businessman, running a restaurant, Bricks Cafe, in Lalitpur. He also acts in TV serials of his father and appears in the stage shows of MaHa.

Mohit was set to debut as an actor in ‘Mayako Barima’ but, for an unknown reason he wasn’t featured in the movie. The movie by Gopi Krishna Movies is a copy of a Telegu film ‘Konchem Ishtam Konchem Kashtam. (Watch ‘Mayako Barima’ here).

Mohit’s elder brother, Trilok Acharya is living in the USA. Trilok was in love with a US citizen girl. He got married her at the time of the death of his mother, Meera. Because of the tragedy in the family, Trilok’s proper marriage was delayed although they were living together. After the death of Meera, Hari Bamsha went into a deep mourning for a long time. Trilok and Mohit decided that Hari Bamsha need a friend to get out of his self-destruction.

The marriage date between Mohit and Bindu will be only be decided once Trilok and his wife are ready to attend the marriage ceremony.

After Trilok’s marriage I prepared the following video:

Who is Bindu Thapa ?

Originally from Panauti, Kavrepalancowk, Bindu Thapa is a BDS student in Kathmandu. She is the daughter of one of the three owners of Mirabel Hotel (the venue of the engagement ceremony). Her parents are also the owner of Araniko Television (this info from newsfilmy). 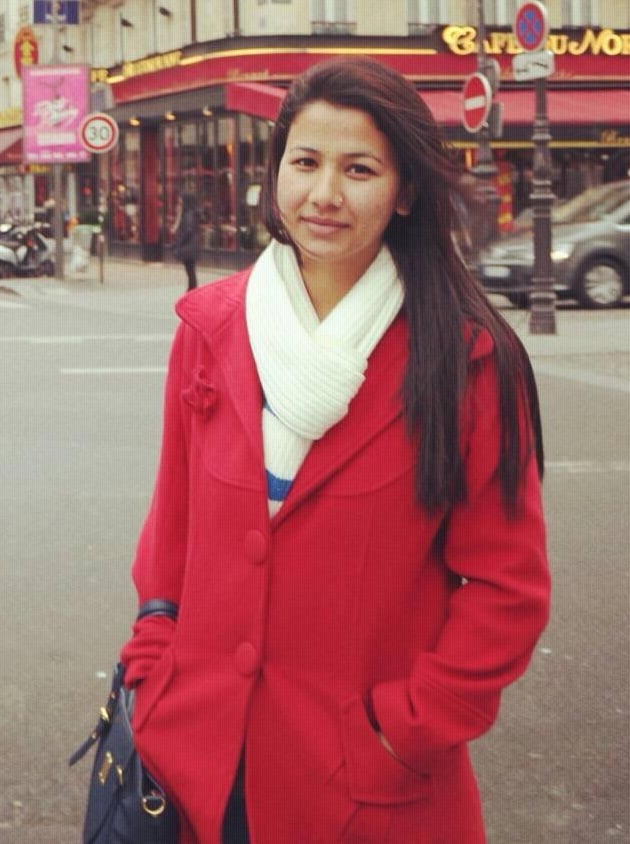