The Chapali Girl, the actress of ‘Chapali Height‘, actress Binita Baral is out of the sequel of the movie ‘Chabali height 2’. According to the producer Arjun Kumar has told that he had kicked her out of the movie because of her ego problem. But, Binita says that she has chosen not to do the movie. (click here to watch ‘Chapali Height’) 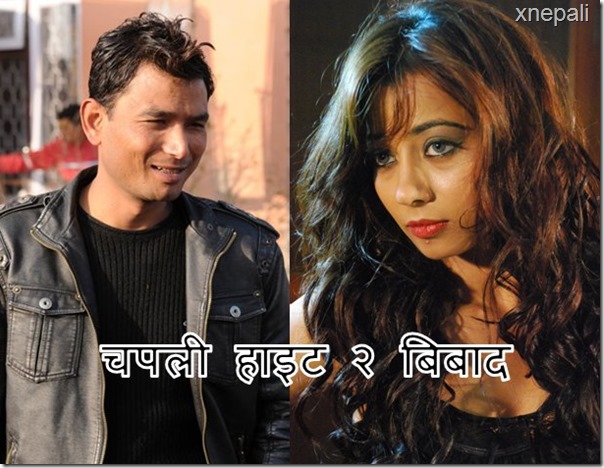 According to a report in an online portal, Arjun Kumar is looking for a new face to replace Binita Baral in the sequel. The  relationship between Arjun Kumar and Binita had also turned sour over the cover design of the movie (read the height of controversy over ‘Chapali Height‘). The government had objected the nudity in the cover and was asked to change it. The order had cost the film makers some Rs. 250,000 to redesign and reprint the posters.

The script of ‘Chapali Height 2’ is being written while Dipendra K Khanal is preparing to direct the sequel of the super-hit movie.