Although the comeback movie of Biraj Bhatta – ‘Jaya Parshuram’ was not successful, Biraj is making another attempt to win the heart of Nepali viewers. When Biraj left the Nepali film industry and became the superstar of Bhojpuri film industry, he was in the top position here. But, after a long absence in the industry, it is not going to be easy for Bhatt to reclaim his previous status.

There is however a possibility of Biraj Bhatta to become popular again because, another action star of his time, Nikhil Upreti, has reclaimed his stardom in the film industry recently. He has given some hit movies and is one of the busiest actors in the Nepali film industry. Biraj Bhatta also has the same potential.

Although Biraj Bhatta has told that the shooting schedule is finalized, the official announcement is pending yet. The script writing is going on and other actors are yet to be finalized. Biraj told that Deepak Ghimire and Sandip Sapkota are finalized. The shooting of the movie is scheduled to start on Shrawan 29.

There is a confusion on the first movie of Biraj Bhatta. In the cover of the ‘Khukuri’ film VCD the movie is told to be the debut movie of Biraj Bhatta (Watch ‘Khukuri’ here). He was also featured in ‘Agnipath’ with Nikhil Upreti and in ‘Maidan’ with Rajesh Hamal. Biraj was struggling in side roles for about a decade in the Nepali film industry before he got a leading role opportunity. In addition to being good in action role, he was also a good dancer.

Biraj Bhatt started acting in the leading role in Rekha Films’ movie ‘Kismat’. After being featured in a couple of Rekha’s films, Rekha and Biraj parted their ways.

Biraj Bhatta left the Nepali film industry in the peak of his popularity. He was the top paid actor in the industry at that time. But, Bhojpuri film industry being bigger and wider recognition of Biraj in that industry, he became busy in India. In the mean time, the dubbed movies of Bhojpuri films of Biraj Bhatta were released from time to time. None of the dubbed movies were that popular among the Nepali viewers. 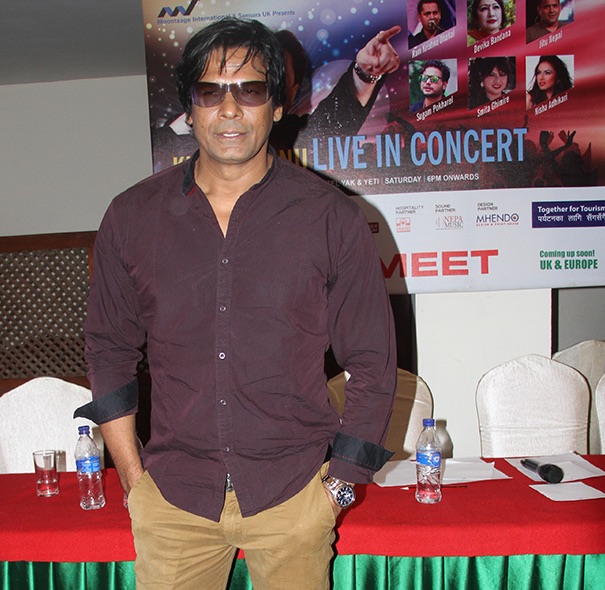