Holi at Karishma Manandhar‘s place: Like in 2011, Karishma is organizing the Holi celebration at her residence. (We will update with more photos later. Photos posted in this post) 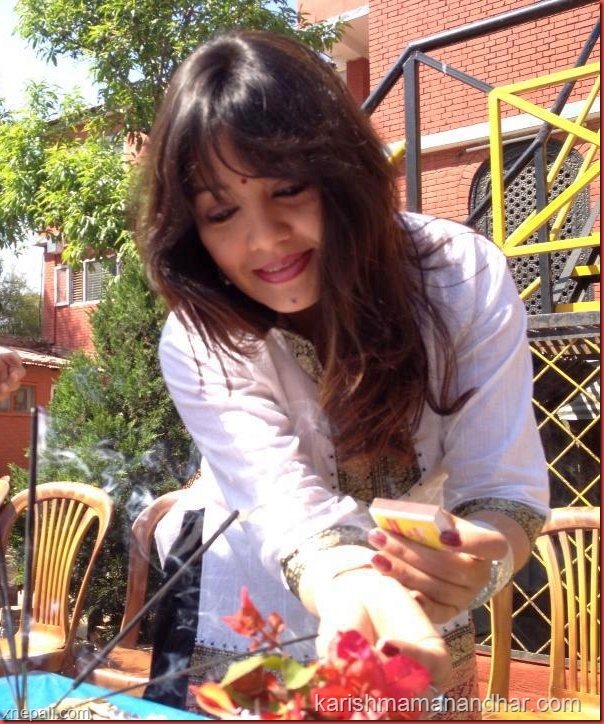 The festival color, Holi is the best festival of the kids and Poojana Pradhan is the best person to count on celebrating Holi with kids. Poojana’s message, "Your happiness is my destiny." and she has wished best wishes of Holi to her lovely kids,family,friends,fans and audience. Poojana adds, "Enjoy Holi without hurting others!" 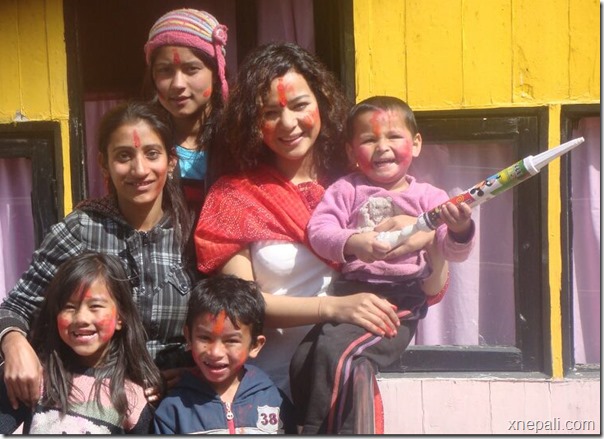 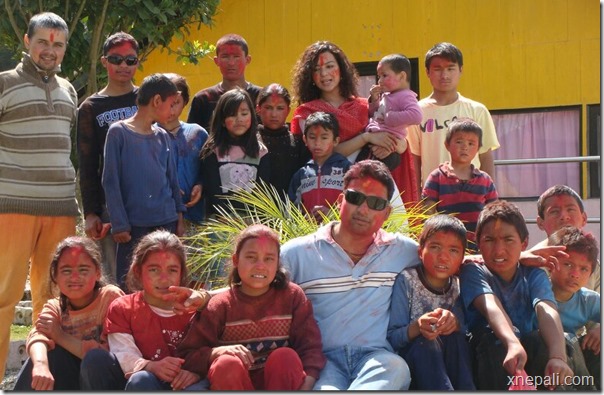 Holi photo of the family of Chetan Sapkota: 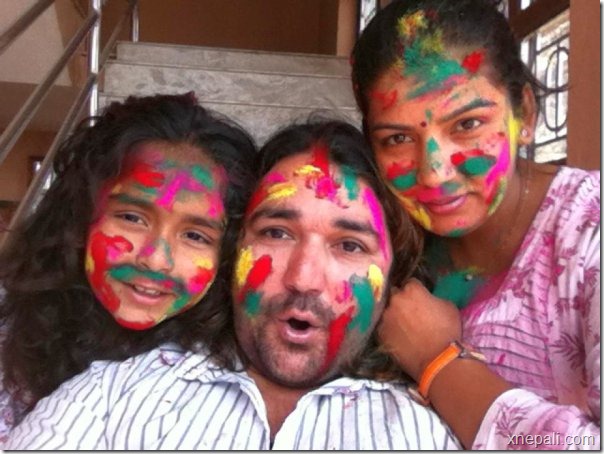 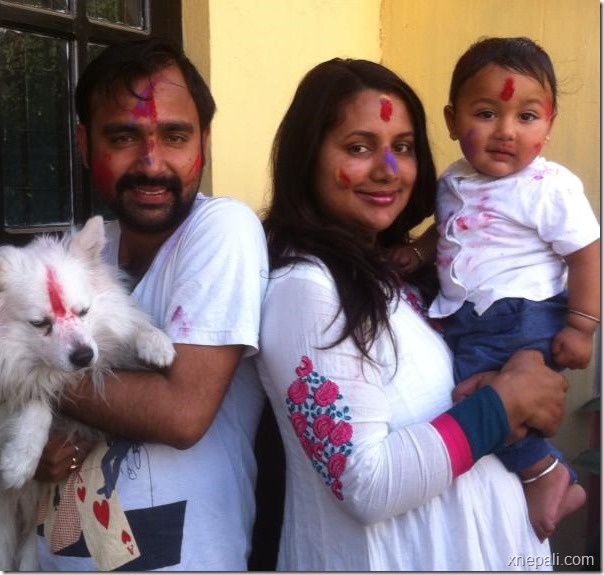 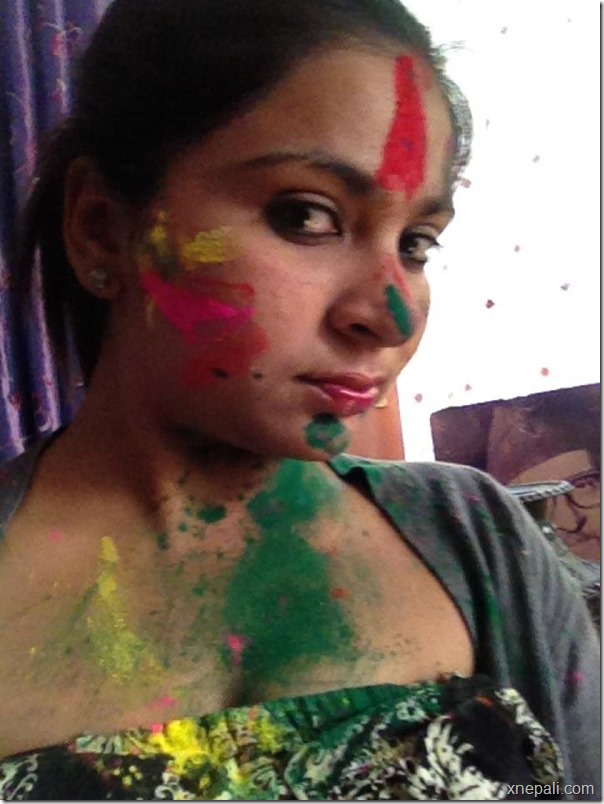 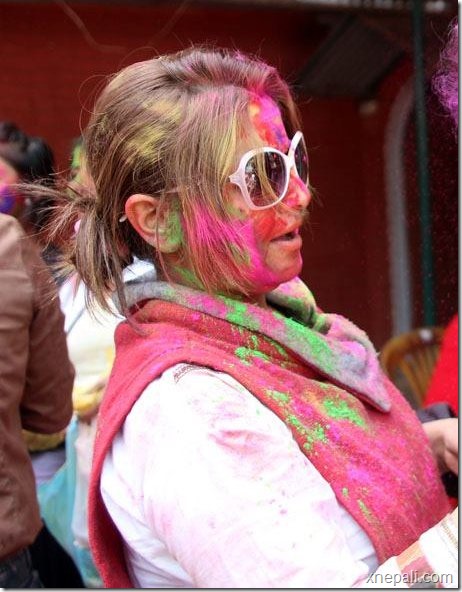 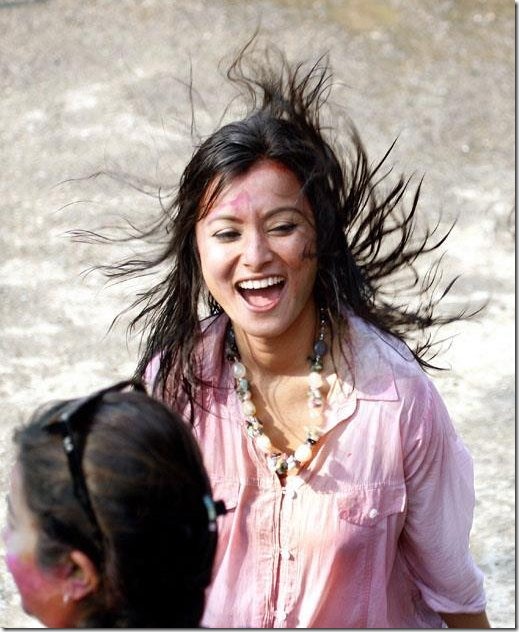 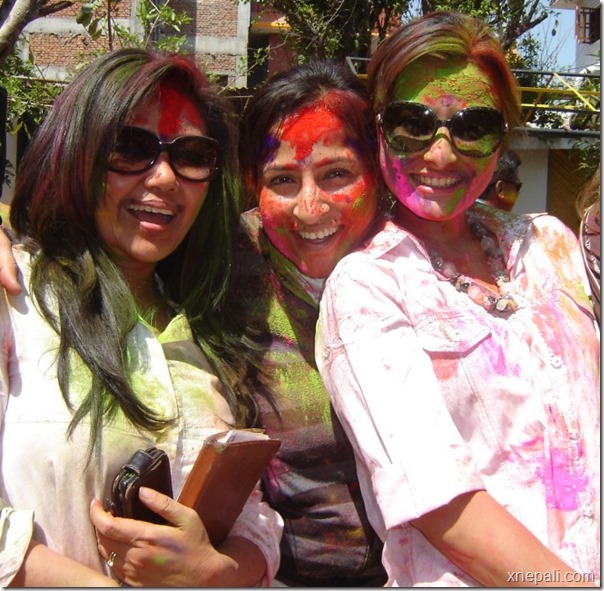 Actor Shiva Shrestha with his son and others 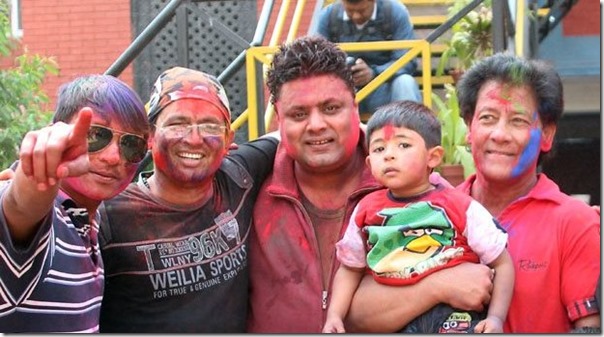 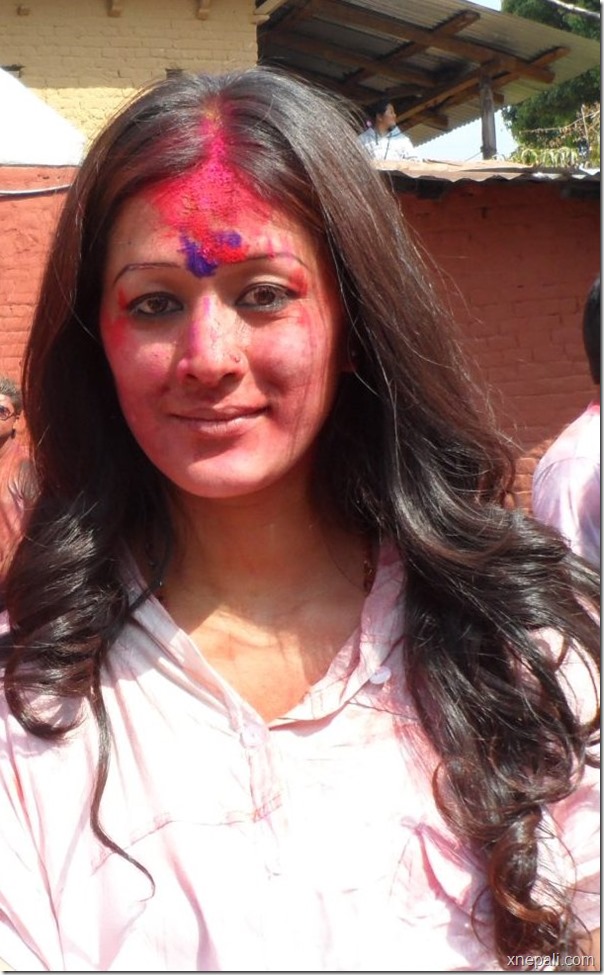 We will update with more photos later.