In an event held in Kathmandu, the promo and the posters of upcoming movie ‘Champion’ was released. In the movie made on the story of cricket players, some cricket players are also featured. In the press meet, the chief guest was the captain of the Nepali Cricket team, Paras Khadka. Talking in the ceremony, Paras requested everybody to watch the movie. In the event, the release date of the movie – February 26 (Falgun 14) was also announced.

In the start, actors Nikhil Upreti and actress Sanchita Luitel were to be featured in the movie. But, when NIkhil couldn’t give time for the movie, the film makers replaced Nikhil by Dikpal Karki and Sanchita by Manjita KC.

Dikpal KC had debuted in ‘Rang Baijani’. The movie didn’t do well in theater. Manjita is debuting in the movie.

The movie, ‘Champion’ is made under RD Media House banner and is produced by Tekmani Pokharel.The movie features the music of Tanka Budhathoki and cinematography of Pawan Gautam. Other artists being featured in the movie include JN Ghimire, Gajat Tamata, Sharada Acharya, Ragish Phuyal, Rhitik Roshan Ghimire, Akki Sharma and others. 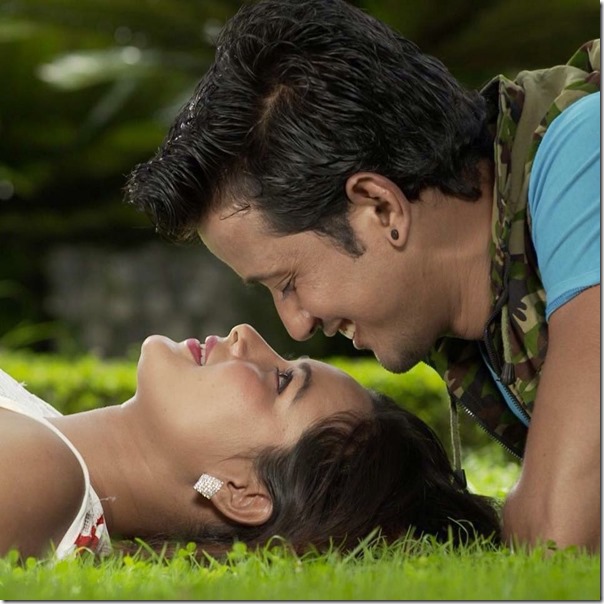 The promo of the movie: