Editor’s Note: This article is one of the fact-check analyses for the â€œWho loves Nepali Movies?â€ article series. The case study of Guna Cinema and case study of Big Cinema were previously published. All photos by Raunak.
************

So-called high class Nepali don’t go to theaters to watch Nepali movies. They say Nepali movies are only for low and lower-middle class people. Why is that?

It is because our theaters practice preferencial treatment to Nepali and Hindi movies! Who would like to be guest to somebody who is so unwelcoming?

Gopi Krishna has 7 theaters. Out of them, Meera and Radha feature most of the Nepali movies. Recently released movie Dharma, featuring Manisha Koirala, was shown in Radha. The seats shown in Photo 1, is an example of the seats in the theater. Majority of the seats of the theatre are torn and broken. Based on the talents of the crew members and star-casting, the movie was expected to do a very good business, but it wasn’t as successful as expected. We can’t blame the seats, but it would have been better if they could screen such hopeful movies in a better theatre. 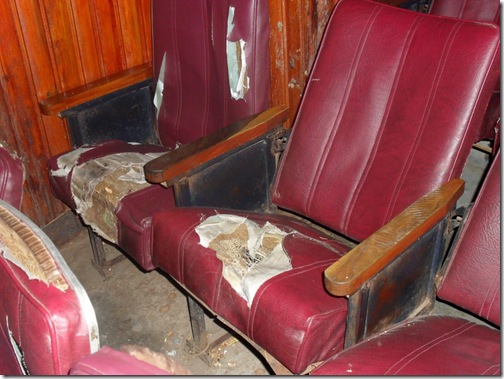 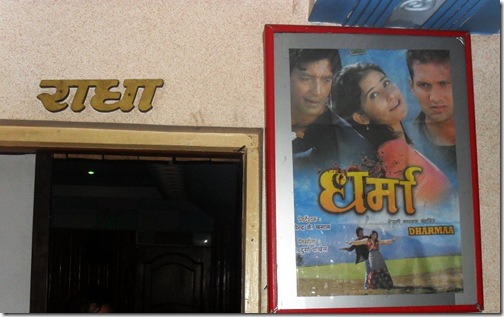 Photo 2: Radha theater within Gopi Krishna Movies. Poster of the recent release can be seen on the left.

In a recent news in some websites, the staffs of Gopi Krishna movies forced the customer to watch a flop movie, Khushi, a home production of Gopi Krishna Movies. They were denied the ticket of Dharma citing its unavailability. 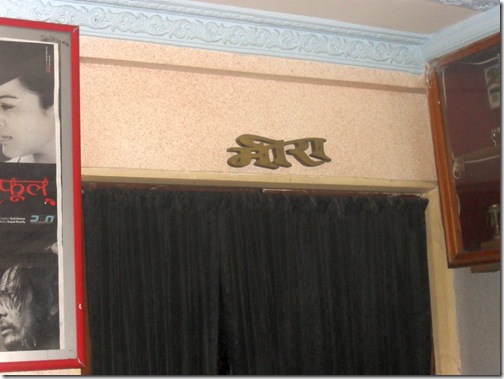 We don’t know what the legal provisions are there for being anticompetitive, but theater owners shouldn’t be allowed to produce movies in the first place. One can’t blame them for taking undue advantage while releasing home production movie.

For example, about one and half years back, Suresh Darpan Pokharel’s movie Nishana was not featured in Gopi Krishna movies. The movie made a good business in the valley. I asked Suresh Darpan to know the reason behind Gopi Krishana refusing to feature Nishana. Suresh told that Kusume Rumal, Gopi Krishna Movies production, was being featured at that time. Screening Nishana would have risked the business of Kusume Rumal. If that was illegal, Suresh should have taken legal action against the theater. But, there should be a mechanism to overlook the procedure by which a theater determine the release dates and holdovers.

In Gopi Krishna’s part, such preferential treatments to movies prove that they don’t love Nepali movies at all.

Producers association, director association, Nepali film development board, actors, actress, and all film makers are continuously blaming the government for the problem in Nepali movie industry. They have been demanding ban on Hindi and English movies. I hope they will realize sooner than later that pulling others’ leg won’t help Nepali movie to progress. Hence, Nepali film industry personnel are creating a bad environment and are responsible for the slow pace of the development of Nepali movies.