The poster of action movie ‘Himmatwali’ was released on the New Year – 2071. The movie initially directed by Shyam Bhattarai was replaced by actress and producer Rekha Thapa herself. Rekha is accused of using Shyam Bhattarai to shot the most difficult parts of the movie and sending him away after that. 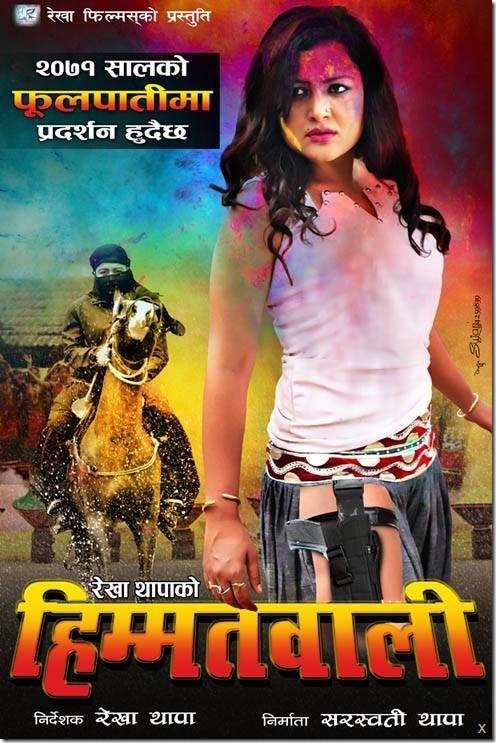 In addition to Rekha Thapa, the movie also features Sudarshan Gautam, Abhaya Chand, and Puskar Bhatta in main roles. The movie is going through the post production.  Rekha expects to benefit from the controversy and rumors in the promotion of the movie.

One thought on “Himmatwali poster released on new year”