Now, it is official, the director of upcoming movie ‘Laure’ is kicked out of the project towards the end of the shooting. The director Nigam Shrestha was removed by the production team, Durgesh Films, when the shooting is in its last stage. 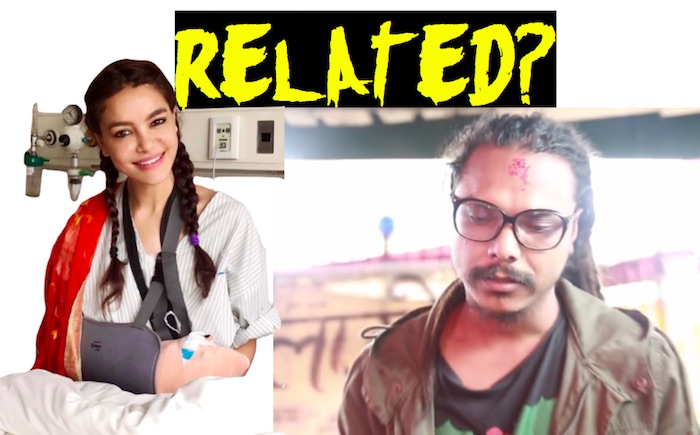 According to reports, 70 percent shooting of the movie is completed by Nigam Shrstha. The owner of Durgesh Films, Sunil Rawal, is known for is bad relationship with his crew members. Now, the new director of the movie will be Bikram Singh. Bikram Singh is one of the artists in the movie and he is also the script writer of the movie.

The producer and the director of the movie haven’t told the reason behind the change in the crew member. Sunil Rawal has told that he doesn’t want to talk about the issue and the director Shrestha couldn’t be contacted. According to rumours, Nigam had shown bad behaviour toward one of the team members. The nature and the level of bad behaviour is not known.

After the delay in the shooting because of the misunderstandings, the shooting of the movie is expected to start soon in Dharan.

Last week, Shristi Shrestha mysteriously met with an accident. There were rumours of her suicide attempt (she has rejected the rumour). But, the accident and removal of Nigam from ‘Laure’ has coincided – causing speculations.

Personally, I don’t believe in Shristi attempting suicide (she seem strong enough personality for such a cowardly act. Shristi is in love and her relationship with Saugat Malla seem to go on well. She had recently shared a photo of Saugat Malla calling him her “nurse”.

Shristi had told that it was the cupboard that caused the accident. For an accident to occur that required a surgery, the cupboard must have fallen from the sky.

[Read more about the accident in my earlier post]
Video report