Well known actor of the past, Krishna Malla, and his wife, also a well known actress of the past, Sharmila Malla also got a daughter-in-law this week. Their only child Sakriya Malla got married in a private function. A number of film industry personalities were invited in the reception party held after the marriage.

The son of well known comedy actor Hari Bamsha Acharya also got married after months of engagement with Bindu Thapa. Mohit waited for his elder brother Trilok Acharya to come from the USA for the marriage. Trilok had married a US citizen. (I had wrotten about Mohit’s engagement before)

In addition to these celebrity children’t marriages, two celebrities also got married last week – Nisha Adhikari and Sharad Vesawakar. Nisha is a well known actress and Sharad a well known and world famous cricketer. I had talked about the marriage of Nisha and Sharad before (more than once – Nisha Sharad marriage, and about nisha’s Mehandi).

I had also talked in detail about the marriage of Deepak Raj Giri’s son. 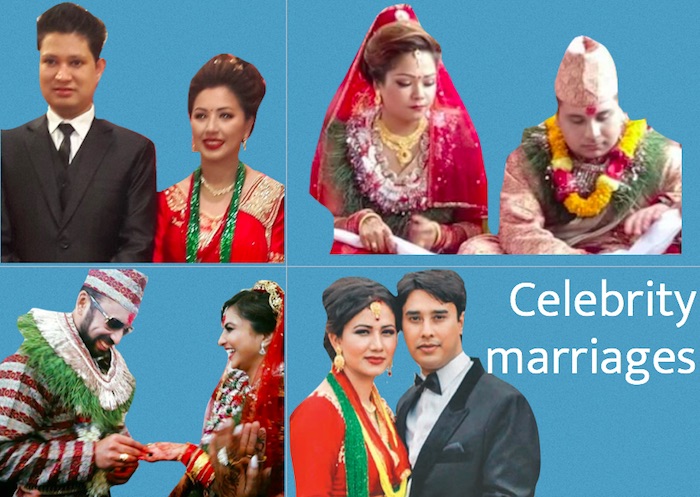 My congratulation and best wishes to the newly-wed couples. I wish them a very loving relationship and a happy family.

Now, please comment – which couple do you think is the couple made in the heaven?

(These comments are meant to be for fun. Please don’t take them seriously or abuse them. Thank you.)