Khagendra Thapa Magar, world’s shortest person (62 cm) is only 4.6 kg in weight. When somebody meets the 18-year-old guy, the person can not resist carrying him.Â  This time it was actress Rekha Thapa who carried and kissed Khagendra. Khagendra returned the favor with numerous kisses and a marriage proposal. 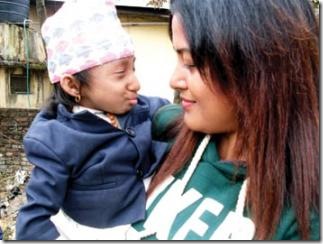 After that, every major political leaders were seen photographed carrying Khagendra. Here is a collection of photographs of different leaders meeting Khagendra. 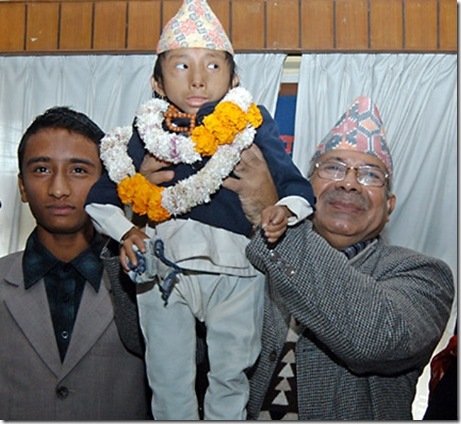 Prakash Dahal, son of Prachanda has also posed with Khagendra on his hands.

Looks like Sujata Koirala, Foreign Minister and DPM, chose not to touch the little fragile guy. 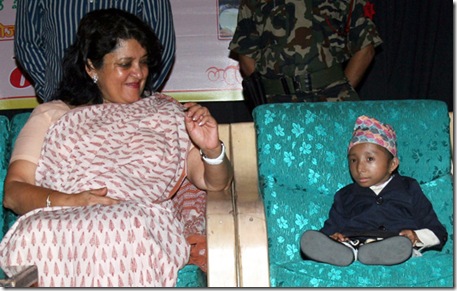 And, the PM again: 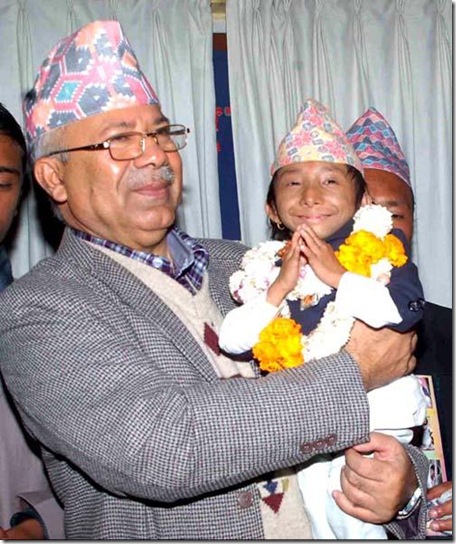 Khagendra has turned to the film actors for financial support. I hope they will do more than carry him and pose for photograph.