A gangster and a criminal wanted by the Police, Dinesh Adhikari, popularly known as Chari, was killed in an encounter with police in Kathmandu on August 6, 2014. After the incident, a model and his girlfriend Khusbu Oli has revealed that they were all set to get married soon.

Watch the video of Khusbu telling about the incident:

Khusbu also told that ‘Chari’ was killed over her. Talking to journalists in Teaching Hospital, Maharajgunj, Khusbu told that another gangster Arpan Koirala had liked her and wanted to marry her. She told, Arpan had told that he will kill Dinesh over her. She accused Arpan to team up with DSP Kumud Dhungel in the killing. She also claimed that Kumud had also blackmailed her by telling that he is planning to kill Chari.

Khusbu also told that he had been receiving threats to the life of Chari for the last six months. She told it had only been 15 days since he had arrived in Kathmandu. To escape police, he had also changed his appearance.

In the interview Khusbu accused Kumud of using police to kill her boy friend. She accused that there was no clash between Chari and police. She also told that the inspector Kumud Dhungel is involved in the killing of Dinesh. 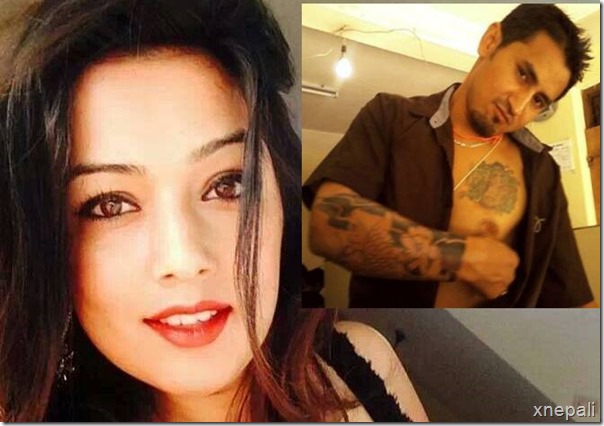 What does police say?

According to the police, Dinesh was shot dead in a gun battle with the police at Bhimdhunga area on the outskirts of Kathmandu on Wednesday evening. The police was following Chari on a tip-off of a source. Chari was on a Pulsar 220 cc motorbike (registration number Ba 49 Pa 3112).  While a joint squad of the Range Office at Sitapaila and the Metropolitan Police Crime Division was following Chari, he opened fire at the police after realizing that he was being followed.

Chari’s body was recovered at Bhimdhunga near Narsari Community forest. No policemen were injured in the shoot-out. The police have also recovered a pistol loaded with bullets. The body is taken to Tribhuwan University Teaching Hospital, Maharajgunj for a post-mortem. 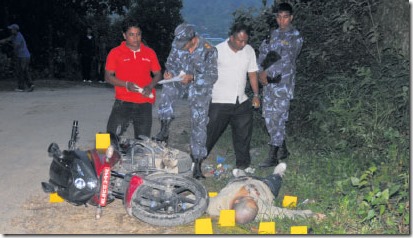 According to the police, Chari, had been hiding in India for years before he returned back to Kathmandu some 15 months ago. There were numerous complaints against Chari to police and the police was in a look out for him in numerous charges. He is told to be mainly focused in areas like Thamel, Balaju and Nayabazar area for his operation.

Chari was charged with a murder attempt of one of his past friends, Radhe Shyam Bhandari. Radhe Shyam and Chari had disputes at that time and had parted their ways. The dispute between them increased when Chari entered the ruling political party – CPN-UML. Some eight months ago a gang led by Radhe Shyam Bhandari attacked Chari. In revenge, Bhandari was critically injured when he attacked with khukuri in Nayabazar.

The political connection has always helped him to escape punishment.

Full profile of Chari in Nepali: 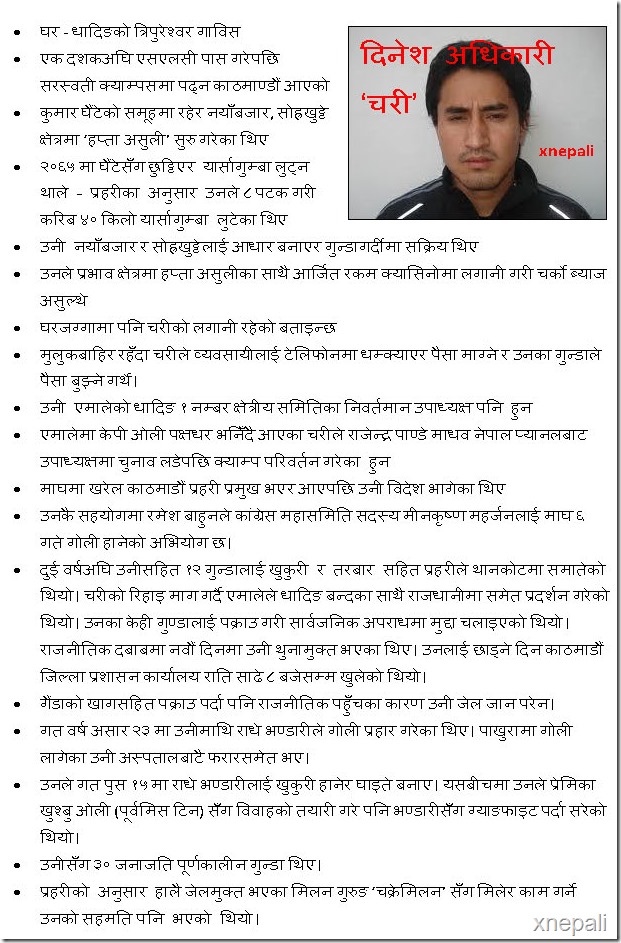 Chari’s return to Kathmandu from his hideout in India is attributed to his strong political connection. He was the regional vice-chairman of Constituency-1 of Dhading district of CPN UML. Chari was popularly known as the strong supporter of UML chairman KP Oli. The party-men had also frequently criticized Oli for supporting the gangster and giving protection. 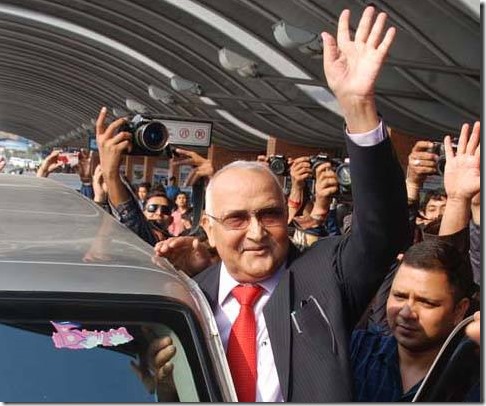 Khsubu Oli was Miss Teen 2006. We had also written about Khusbu’s relationship with Chari in our Fashion blog in March, this year. In an interview, Khusbu had told that he was ‘her family’ and didn’t elaborate the relationship. 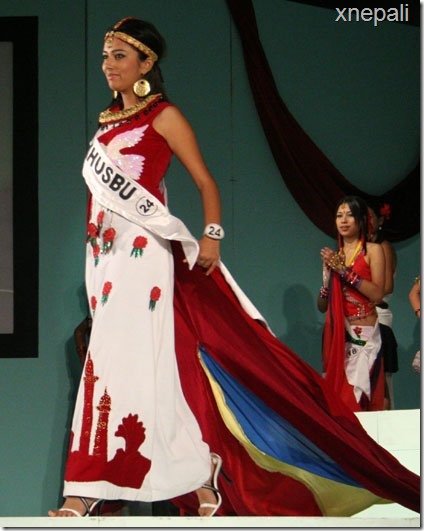 By profession, Khusbu is a model and she had recently graduated from UK. She is running an orphanage.

3 thoughts on “Khusbu Oli, ‘Chari’ girlfriend says, she knew police was going to kill him”