The Wedding Reception of the marriage of Manisha Koirala with Samrat Dahal was full of well known Nepali leaders and Bollywood actors. The party also proved to be a meeting ground of the leaders of different political parties in Nepal.

The party started shaping up in the Soltaee Crown Plaza from 6PM. In the start, the family members of Manisha and political leaders arrived in the party. The place was so crowded that it took about half an hour in line to reach Manisha to hand over the gifts and offer their wishes to the newly married couple. 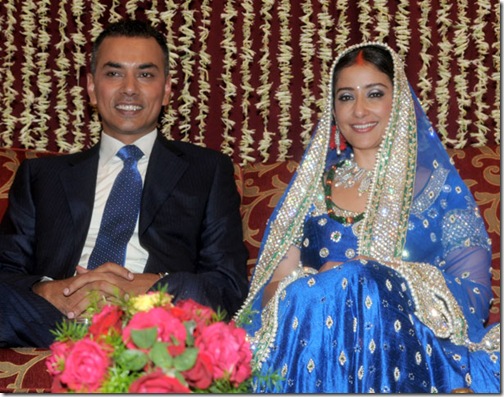 Prachanda and other took the opportunity to discuss the current political issues at the party.

Note: Photo of Prachanda in the party and his discussion with Manisha’s brother Siddhartha was posted in the previous post.

Nepali movie actors and actress were also present in the party. Among others, the opposite of Manisha in her first movie â€œFeri Bhetulaâ€, Prakash Adhikari was also present in the party. Noted Nepali film personalities include Sambhujit Baskota, Bishow Basnet, Bhuwan KC, Neer Shah, and Shiva Shrestha among others. Comedy actors Madan Krishna Shrestha and Hari Bansha Acharya arrived a bit late at the party.

Apart from high level political leaders and high level Nepal Government official, the main attraction in the party was the presence of Bollywood actors and actress. 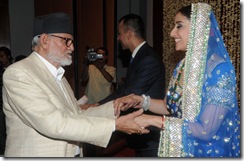 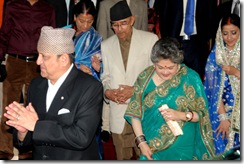